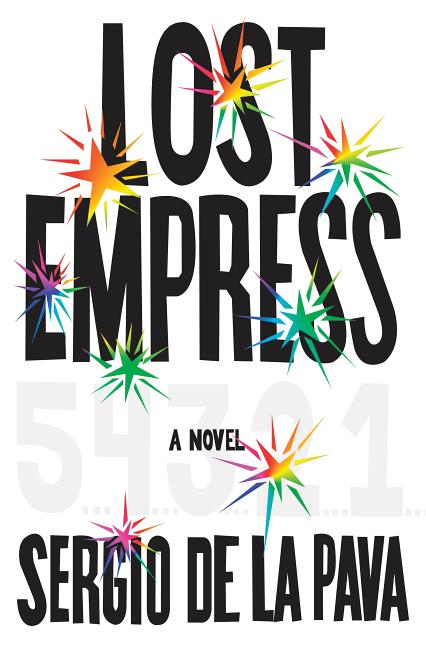 A shockingly hilarious novel that tackles, with equal aplomb, both America’s most popular sport and its criminal justice system.

What The Reviewers Say
Rave Sam Sacks,
Wall Street Journal
Mr. de la Pava’s new book, Lost Empress, is another overstuffed portmanteau—half farce, half serious social novel, half compendium of meditations on everything from Joni Mitchell’s early albums to the superiority of football’s 4-3 defensive alignment. That’s three halves, but as with A Naked Singularity, Lost Empress feels bigger than a single book. It gives you your money’s worth ... Lost Empress can feel loose and arbitrary, and it takes a while for its many moving parts to start humming. But once this monster of a book gathers momentum, it carries the reader into a teeming, complex world guided by a logic that’s never far removed from lunacy.
Read Full Review >>
Positive Jonathan Dee,
The New Yorker
So does de la Pava’s old-school autodidacticism mean that his work is uncontaminated by influence, something new under the literary sun? In most ways no, but in some important and thrilling ways yes ... The style, of course, is the extraordinary thing, as it would need to be to unite all the elements of a novel of this length and sprawl. It is colloquial in tempo yet nerdy in content, divinely detached yet intimately casual in tone, impossibly learned and improvisational at the same time. If de la Pava has a signature move, it’s to zoom out from a highly specific action or bit of characterization in order to generalize about or extrapolate from it, while still holding on to the speech-replicating sentence structures that ground that action in a kind of conversational specificity.
Read Full Review >>
Positive Xan Brooks,
The Guardian
Boldly billing itself as 'a protest,' the book takes hold of American football and duly hot-wires it to the national grid, so that the sparks jump across a matrix that extends from stadium sport to the prison system to a shadowy criminal cartel known as the Absence. Reading it is a little like being accosted by a brilliant conspiracy theorist on the night bus home: assuming we go with the flow and ward off the occasional moments of outright exasperation, we may just come away converted ... Lost Empress gives us the author as ringmaster and his characters as show ponies. No doubt a more exacting editor would have tidied the novel’s rougher edges. They might have fleshed out its inhabitants and closed off various avenues of inquiry, thereby ensuring a more coherent end product. But in so doing they would have risked breaking its spirit, short-circuiting the book’s crazed interconnectivity. Far better, on balance, to leave the thing as it is: a teeming microcosm of the American Dream and its relationship to a network of oppressive social systems. Lost Empress is zealous and unruly, jolting and uproarious; it’s all over the map. But what it lacks in rigor it more than makes up for in life.
Read Full Review >>
See All Reviews >>
SIMILAR BOOKS
Coming Soon

The Last Karankawas
Kimberly Garza
Rave
What did you think of Lost Empress: A Novel?
© LitHub | Privacy