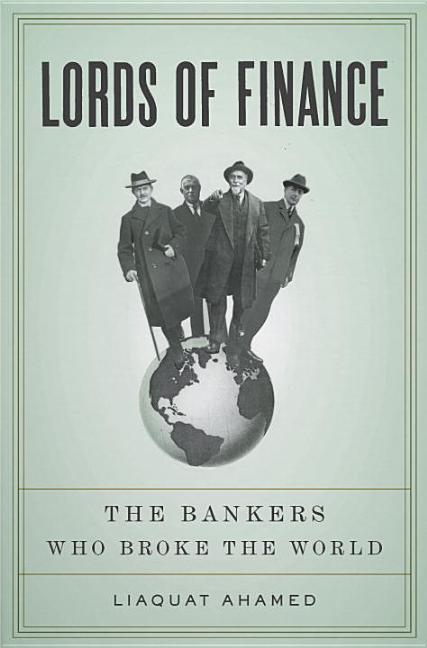 This Pulitzer Prize-winning history of the world economic collapse of the late 1920s offers portraits of the four men whose personal and professional actions as heads of their respective central banks changed the course of the 20th century.

What The Reviewers Say
Rave Joe Nocera,
The New York Times Book Review
A grand, sweeping narrative of immense scope and power, the book describes a world that long ago receded from memory: the West after World War I, a time of economic fragility, of bubbles followed by busts and of a cascading series of events that led to the Great Depression ... The decision to build “Lords of Finance” around these four men is a brilliant conceit ... Because much of the book concerns decisions, for instance, to raise or lower interest rates, you need great characters to pull the story along, and Ahamed not only has them but also knows how to make them come alive ... Lords of Finance poses an unsettling question. Do we really understand the workings of that delicate machine any better than our forebears did? Or do we only think we do?
Read Full Review >>
Rave Richard Lambert,
The Guardian
Brilliant and timely ... A mixture of compelling narrative, accessible economics and vivid insights ... Today's policymakers have learned from these dreadful mistakes, but they still have more to do to restore economic stability and bring down unemployment. They need to read this book.
Read Full Review >>
Rave Andrew Hill,
The Financial Times
Its selection as the 'most compelling and enjoyable' business book of the past year was also due to the strong parallels between the events Mr Ahamed describes and the events leading to the past two years of economic and financial turmoil.
Read Full Review >>
See All Reviews >>
What did you think of Lords of Finance?
© LitHub | Privacy