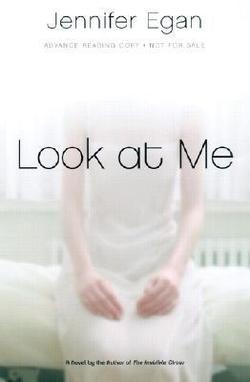 After a car accident shatters Charlotte’s face so badly that eighty titanium screws are required to reassemble it, she returns to New York a virtual stranger in the world she once effortlessly occupied.

What The Reviewers Say
Rave Francine Prose,
The Observer
The accident catapults the narrator, Charlotte Swenson, through the windshield, breaking the bones in her face but – after extensive plastic surgery – leaving her with no visible scars. What immediately catches one’s attention, as much as the novel’s arresting premise, is the manner in which it’s presented: The vocabulary, the crisp, graceful sentences, the intelligence of tone, all suggest that behind the narrative is a consciousness, and, behind the consciousness a writer who knows what she’s doing … The bleakness of the landscape she depicts seems scarily like our own: a culture that finds it increasingly difficult to distinguish between the fresh and the tired, between incisiveness and obfuscation, and which seems to prefer the simulacrum to the real thing. Happily, Look at Me is the real thing-brave, honest, unflinching.
Read Full Review >>
Rave Hillary Frey,
The Nation
After surviving both a car crash that shattered every bone in her face and a series of reconstructive surgeries, Charlotte must design a new life, having been given a face that's unrecognizable not only to those from her past, but to her as well. This Charlotte holds the center of Look at Me … Look at Me shouldn't be lumped together with the skin-deep works of Bret Easton Ellis and Jay McInerney. Charlotte isn't your average fictional model. To the extent that she's obsessed with appearances, it's only to look for a person's ‘shadow self’ … Look at Me is about bigger things: double lives; secret selves; the difficulty of really seeing anything in a world so flooded with images.
Read Full Review >>
Mixed Katherine Dieckmann,
The New York Times
At first Look at Me seems to be heading down a predictable path, with heartwarming lessons to be learned about how interior and exterior life merge and deviate. Yet Egan is up to something more tricky here...Egan's agenda involves more than a model's identity quest. She quickly introduces a second narrative: the coming-of-age story of a teenage girl back in Rockford who happens to be the daughter of Charlotte's estranged childhood best friend – and, in a top-that-doppelgänger move, is also named Charlotte … Look at Me strains under the weight of Egan's multiple ambitions, and her satire of the fashion world and dot-com mania is facile and only sporadically funny. The older Charlotte remains something of a cipher – intentionally so, one suspects; Egan never quite explains what it must feel like to walk through the world so anonymously and yet still unaltered at the core. Even so, substantial portions of this novel are truly moving.
Read Full Review >>
See All Reviews >>
SIMILAR BOOKS
Coming Soon

The Harpy
Megan Hunter
Positive
What did you think of Look At Me?
© LitHub | Privacy