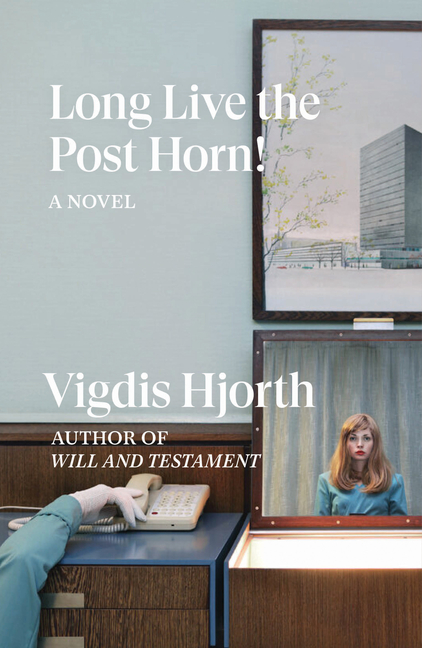 Ellinor, a 35-year-old media consultant, has not been feeling herself; she's not been feeling much at all lately. Far beyond jaded, she picks through an old diary and fails to recognize the woman in its pages, seemingly as far away from the world around her as she's ever been. But when her coworker vanishes overnight, an unusual new task is dropped on her desk.

What The Reviewers Say
Rave John Freeman,
The New York Times Book Review
... a brilliant study of the mundane, full of unexpected detours and driving prose. It is also the best post office novel ever written ... Hjorth’s novel, lucidly translated by Charlotte Barslund, ingeniously orbits the intimate stories that are possible only when a character has put words on paper and sent them through the post.
Read Full Review >>
Positive R. P. Finch,
PopMatters
Hjorth's novel, admirably translated by Charlotte Barslund so as to maintain the novel's Norwegian grounding, is a study in existential torpor that, happily, does not induce the same condition in the reader ... This is an engaging, well-honed novel although some of the stories-within-stories might better have been shortened and some of Ellinor's internal dialogue can feel somewhat, well, repetitive. Still, she provides a focal point for first-person ruminations about one's place in the world and how difficult it can be to engage fully with the people and tasks and decisions that impinge on us while we are here ... Hjorth even succeeds in making Ellinor's travails toward the culminating up-or-down vote on a Norwegian government directive engaging reading ... Hjorth's writing is both spare and, in an understated way, humorous, as Ellinor, an intensely self-reflective but oddly empty vessel, finds herself and loses herself – repeatedly -- as life unfolds amidst colleagues and friends and lovers, their families and their demands.
Read Full Review >>
Positive Eileen Gonzalez,
Foreword Reviews
Although the writing style—long sentences filled with Ellinor’s innermost musings—never changes, its implications shift with Ellinor’s moods. In the beginning, it has a moody, dissociative quality. Her depression is palpable, even infectious. But as she emerges from her ennui, her rambling sentences become excited and eager, sharing her newfound engagement with the world. She takes pleasure in ordinary things that she once dismissed as worthless and trite ... Ellinor discovers the value of her own—and other people’s—existence not through grand adventures or a single epiphany, but through a hard-won change in perspective. She and her journey are all the more relatable for it ... Watching Ellinor’s numbness melt away, leaving her a better, more whole person, is a joyous and unforgettable experience ... The ordinary becomes vibrant and life affirming in Long Live the Post Horn!, an engrossing novel about how even hopeless battles are worth fighting.
Read Full Review >>
See All Reviews >>
SIMILAR BOOKS
Fiction

The Thursday Murder Club
Richard Osman
Rave
What did you think of Long Live the Post Horn!?
© LitHub | Privacy