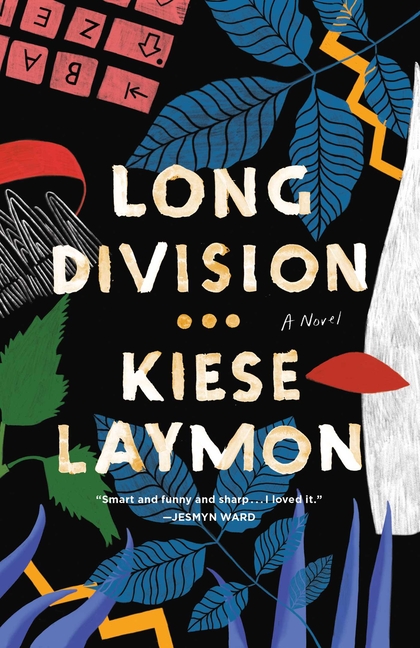 From the uthor of the memoir Heavy comes a reissue of Laymon's debut novel about Black teenagers that is a satirical exploration of celebrity, authorship, violence, religion, and coming of age in post-Katrina Mississippi.

What The Reviewers Say
Rave JOHN WARNER,
The Chicago Tribune
It is rare that I will purchase a second copy of a book that I already own and have read more than once, but I am making an exception with the recently revised and re-issued edition of Kiese Laymon’s Long Division ... Reading the opening pages of Long Division not long after its release in 2013 was like getting a lightning bolt to the brain. The energy in the language and propulsive storytelling was off-the-charts ... Laymon is a singular voice in American literature.
Read Full Review >>
Rave Jason McCall,
The Los Angeles Review of Books
Long Division could have been a Nebula nominee.Long Division could have been a Young Adult classic. Long Division could have been a statement on American race relations. Long Division attempts to be all of these things. And while there are shortcomings — 270 pages might not be enough room to give every plot point and character arc the space they deserve — they are easily overshadowed by the book’s ambition. The book could have been 27,000 pages instead of 270, and readers would not tire of the world Laymon creates for his characters ... In a lesser novel, the idea of time travel could have easily pushed Long Division out of the literary realm and into the realm of genre writing. But the fantastic elements are still character-driven elements ... Ultimately, it is not the characters, the language, or the popular culture references that make Long Division an African-American text; it is the ghosts that inhabit the book ... Laymon gives us a story that embodies the ellipsis, the idea of an understood but unspoken beginning and ending. Narratives very rarely end; they go through edits and revisions. Characters are added and erased. For a book that begins with a grammar and language competition, Long Division fittingly ends with a statement about language, and that statement is that language, like history, never stops moving forward.
Read Full Review >>
Rave LUCY MCKEON,
Boston Review
Playing with time in an act of historical interrogation, the novel rejects static racial inequity and straightforward progress alike, expressing all along a deep dissatisfaction with the supposed triumph of multiculturalism today ... More than anything, Laymon shows with surprising lucidity how American racialized inequality is persistent but mutable, that the past is not the present, but isn’t, either, entirely past ... If this sounds confusing, that’s because it is. Long Division’s reflexiveform expresses the messy complexity of American history ... demonstrates how white supremacy in the age of establishment multiculturalism allows people of color to play, even to 'win,' but always on its own carefully controlled terms ... The novel works imaginatively with the past to balance painfully sober material with humor and farce ... While Long Division is not defeatist, it’s not entirely hopeful either. Total optimism or pessimism would give only a partial view of history’s dialectical discontinuities. Instead, embracing the unpredictability and contingency of historical change, Long Division generously asks that we sit in the messiness a while.
Read Full Review >>
See All Reviews >>
SIMILAR BOOKS
Fiction

This Other Eden
Paul Harding
Rave
What did you think of Long Division?
© LitHub | Privacy