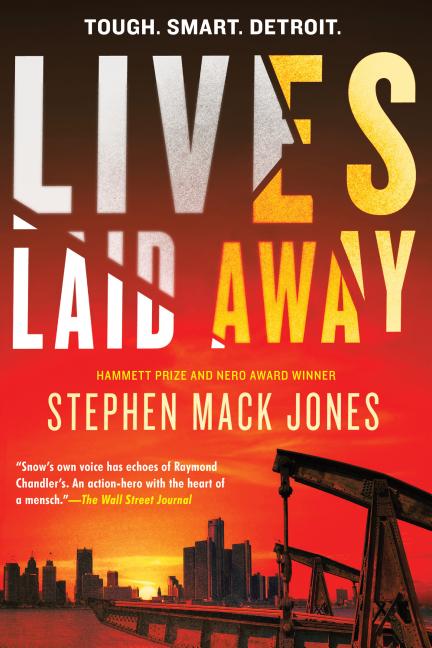 Detroit ex-cop August Snow takes up vigilante justice when his beloved neighborhood of Mexicantown is caught in the crosshairs of a human trafficking scheme.

What The Reviewers Say
Positive Tom Nolan,
The Wall Street Journal
Mr. Jones’s action-packed book has echoes of Raymond Chandler’s banter and bursts of Dashiell Hammett’s violence, with a tip of the porkpie hat to Walter Mosley ... delivers a bracing amount of rough humor and a whole lot of heart.
Read Full Review >>
Mixed Marilyn Stasio,
The New York Times Book Review
Seeing Detroit through Snow’s adoring eyes is sweet. But except for the bad guys, who go out in a blazing gun battle, the characters are too good to be true, from Snow’s sainted godmother and a priest who operates an underground railroad to Snow himself, who could use a few flaws to make him human.
Read Full Review >>
Positive C. C. Harrison,
New York Journal of Books
The author includes enough well-described action and shoot ’em up scenes to keep Rambo fans satisfied ... In addition, Stephen Mack Jones gives us some of the most colorful characters in crime literature today ... Stephen Mack Jones' snappy, razor sharp writing is a delight to read. Lives Laid Away is movie material for sure.
Read Full Review >>
See All Reviews >>
SIMILAR BOOKS
Coming Soon

The Hare
Melanie Finn
Positive
What did you think of Lives Laid Away?
© LitHub | Privacy