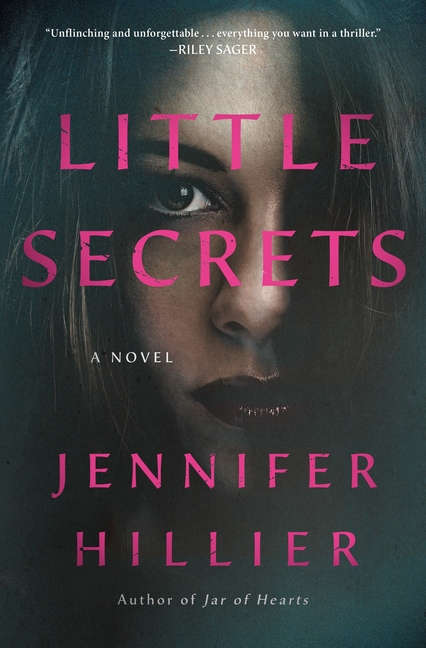 Sixteen months after her four year old son, Sebastian, was kidnapped from Pike Place Market in Seattle, Marin Machado finally hears from the private detective she hired. But instead of delivering news about Sebastian, Vanessa Castro drops a bomb: Marin’s husband, Derek, is cheating on her with an art student named McKenzie Li.

What The Reviewers Say
Rave Gabino Iglesias,
Criminal Element
Jennifer Hillier is one of the best in the business. The elements that make her one of the best are clear and present in every one of her novels. She creates narratives packed with beautiful writing about horrible things, she has an understanding of human nature and psychology that borders on academic, and she understands that in fiction, much as in real life, small things can turn into gigantic problems. Her latest novel, Little Secrets, is a superbly written thriller in which these elements coalesce into a taut, heartbreaking narrative that possesses an incredibly tense atmosphere and enough anger to lead to murder ... Simultaneously suspenseful and brutal, this is a superb novel that adds yet another win to Hillier’s already impressive oeuvre. Don’t miss it.
Read Full Review >>
Rave Ray Palen,
Bookreporter
How do you follow up your previous book winning the International Thriller Writers' Best Novel of the Year award? Well, Jennifer Hillier has written a story that may be even better than 2018’s Jar of Hearts ... an addictive read. Each new revelation sucks the reader deeper and deeper into the overall narrative. It is not told strictly from Marin's point of view, which does away with any unreliable narrator claims ... What Hillier has created here is a seductive novel in which the story and characters do all the teasing. When the secrets are revealed, it will catch you completely off guard as you are simply enjoying the ride with a masterful storyteller at the wheel.
Read Full Review >>
Positive Oline H. Cogdill,
South Florida Sun-Sentinel
Hillier puts a unique spin on the family thriller with a tense plot that includes a view of complicated characters as she shows in the highly entertaining Little Secrets ... also works well as a private detective novel, a kidnapping heist, a look at debilitating grief as well as a solid tale about obsession and betrayal as a family falls apart in the wake of a crime ... Hillier skillfully shows how little lies that run through the story expand and overwhelm the characters, each of whom reaches a believable arc. Aside from Sebastian, no character is completely sympathetic, nor are any of them villains. Each character struggles with human flaws and frailties that, if allowed, could destroy them ... Hillier’s clever plotting and affinity for character studies elevates Little Secrets.
Read Full Review >>
See All Reviews >>
SIMILAR BOOKS
Fiction

The Hacienda
Isabel Cañas
Positive
What did you think of Little Secrets?
© LitHub | Privacy