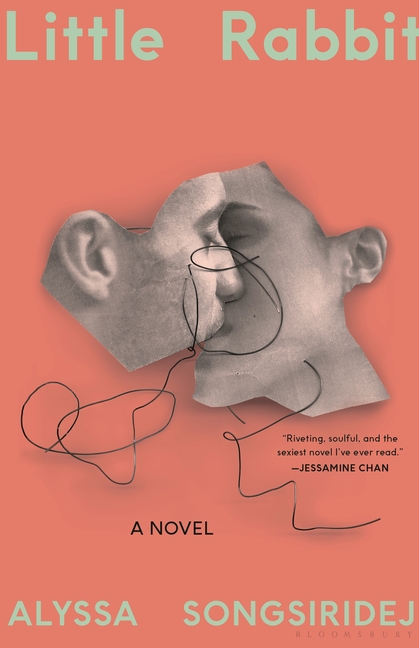 When the unnamed narrator of Little Rabbit first meets the choreographer at an artists' residency in Maine, it's not a match. She finds him loud, conceited, domineering. He thinks her serious, guarded, always running away to write. But when he reappears in her life in Boston and invites her to his dance company's performance, she's compelled to attend. Their interaction at the show sets off a summer of expanding her own body's boundaries: She follows the choreographer to his home in the Berkshires, to his apartment in New York, and into submission during sex. Her body learns to obediently follow his, and his desires quickly become inextricable from her pleasure. This must be happiness, right? Back in Boston, her roommate Annie's skepticism amplifies her own doubts about these heady weekend retreats. What does it mean for a queer young woman to partner with an older man, for a fledgling artist to partner with an established one? Is she following her own agency, or is she merely following him? Does falling in love mean eviscerating yourself?

What The Reviewers Say
Rave Danielle Chelosky,
The Observer
... arrives at just the right time, serving as a fearless inquiry into the power of bodies and intimacy as well as a fierce acceptance of the inadequacy of words, which is rare for a writer, especially one with such rich prose, to admit. It’s more relevant than ever right now as the internet constantly uses words and terms with frustrating flippancy, collectively twisting and weaponizing language almost unintentionally.
Read Full Review >>
Rave Michael Patrick Brady,
WBUR
Their relationship seems designed to provoke: a young, queer woman entering into a relationship with a wealthy, powerful man 20 years her senior. It runs against the grain of what’s considered appropriate in contemporary, progressive dating culture ... But Songsiridej sidesteps the pitfalls and eschews sensationalism; instead, she has written a thoughtful, sexy and, at times, profoundly moving exploration of agency, desire and identity ... Songsiridej’s sex scenes are powerful and well-rendered, with sensual language that remains firmly focused on Rabbit’s emotional experience. They’re exciting without being salacious, transgressive without being lurid or gratuitous ... Little Rabbit is an impressive debut, and with her unflinching prose, Songsiridej shows us how important fearlessness and honesty are when it comes to creating great art.
Read Full Review >>
Positive Publishers Weekly
Hot and sometimes heavy-handed ... Some of the messages about class differences and sexuality feel a bit overstated, but the progression of the relationship is subtle and intriguing, and Songsiridej pulls off sex scenes that a lesser writer could have made cringeworthy. It adds up to an addictive tale of obsessive love.
Read Full Review >>
See All Reviews >>
SIMILAR BOOKS
Fiction

Kaleidoscope
Cecily Wong
Rave
What did you think of Little Rabbit?
© LitHub | Privacy