Little Brother: Love, Tragedy, and My Search for the Truth 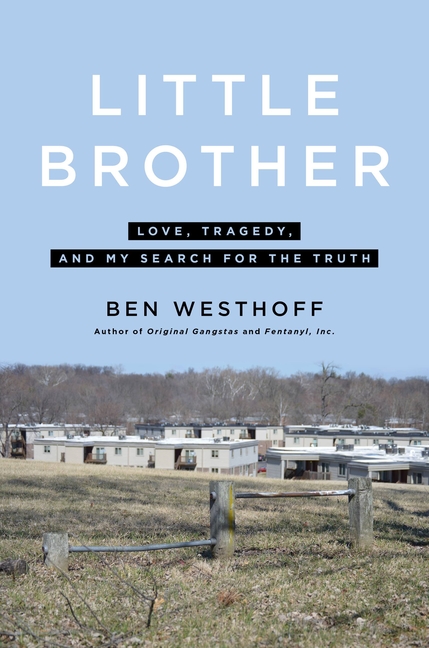 In 2005, soon after Ben Westhoff moved to St. Louis, he joined the Big Brothers Big Sisters program and was paired with Jorell Cleveland. The two instantly connected. Ben and Jorell formed a bond stronger than nearly any other in their lives. In the summer of 2016, Jorell was shot at point blank range in broad daylight in the middle of the street, yet no one was charged in his death. Ben grappled with mourning Jorell, but also with a feeling of responsibility. As Jorell's mentor, what could he have done differently? As a journalist, he had reported on gang life, interviewed crime kingpins, and even infiltrated drug labs in China. But now, he was investigating the life and death of someone he knew personally and examining what he did and did not know about his friend. Learning the truth about Jorell and the man who killed him required Ben to uncover a heartbreaking cycle of poverty, poor education, drug trafficking, and violence.

What The Reviewers Say
Rave Jeannette Cooperman,
The Los Angeles Review of Books
... a memoir, a double bildungsroman, and a murder mystery. By combining these forms, it goes deeper than any one of them could ... In other hands, this story could have been dry sociology, moralistic preaching, or a condescending yarn. But because the relationship came first — and because Westhoff (disclosure: a slight acquaintance) is honest enough and humble enough to keep his ego out of the equation — the story feels both real and fair ... He keeps going, though, until he has both answers: who likely killed his little brother and who his little brother really was. The book opens a navigable passage between their separate worlds, and it goes below the surface characterizations, the stereotypes and assumptions that kill any honest discussion. We learn how St. Louis neighborhoods wound up as they did, and we see the Ferguson of Michael Brown’s shooting from a new angle ... Other bits of background, though, feel digressive. The writing is clear, but the information pulls us just a little too far from the main story, putting brakes on the speeding whodunit ... One of the book’s beauties is Westhoff’s ability to drop telling details ... The point Westhoff most wants to make is that it’s too simplistic to divide the world 'into good guys and bad guys.' But Little Brother also makes a subtler point: that it is possible for two people to love each other across worldviews that do not sync. Jorell’s life is as exhausting and dangerous as any double agent’s. The details Westhoff uncovered teach us about his home terrain, about the geopolitics of isolation, about realpolitik and the limitations of allies ... If a reporter had parachuted into this story, it would have ended up a flat, remote, predictable account of one more young Black man’s death. But because Westhoff lived it, because he cared, he lets us wonder and puzzle and rage along with him. And that caring, like Jorell’s orange soda and Little Debbies, is a form of hope.
Read Full Review >>
Positive Laura Chanoux,
Booklist
An examination of gun violence, trauma, and the communities they indelibly mark, Little Brother is an affecting tribute to Jorell and other young Black men whose lives are cut devastatingly short.
Read Full Review >>
Mixed Bart Everts,
Library Journal
Employing his journalistic skills and connections to solve the crime, the author exposes the failures of the justice system when it comes to young Black men. The narrative struggles at times with Westoff’s inability to decenter himself from Cleveland’s lived experience ... A heartfelt account of a life cut short, and the jarring inequities that contributed to the tragedy.
Read Full Review >>
See All Reviews >>
What did you think of Little Brother: Love, Tragedy, and My Search for the Truth?
© LitHub | Privacy