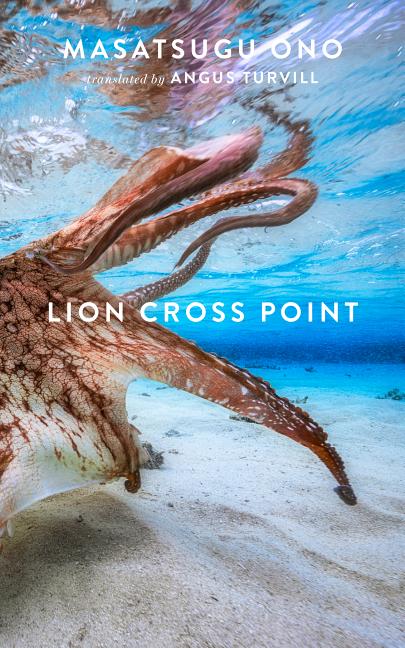 By the winner of the Akutagawa Prize, Japan's most prestigious literary award, this novel explores the mind of an orphaned ten-year-old boy who has moved to his family's home village, where he is cared for by strangers and remains haunted by his traumatic past.

What The Reviewers Say
Rave Tara Cheesman-Olmstead,
3:AM Magazine
The stories left untold are the ones that create the atmosphere of mystery and yearning that permeate the pages of Lion Cross Point ... Masatsugu Ono is a keen stylist whose minimalist, though ever so slightly mannered, handling of language allows him to make the unbearable, tolerable. His use of a close third person narrator to tell Takeru’s story, rather than the more obvious choice of the first person, child narrator, is inspired ... However, Ono’s greatest achievement is the character of Takeru himself, a ten-year-old boy who is exactly what he should be—a child. Not precocious or wise beyond his years, but one who experiences first-hand the Buddhist maxim that life is suffering ... A tragedy made all the more heart-breaking because it is punctuated by acts of human decency performed by strangers.
Read Full Review >>
Positive Alexis Burling,
The San Francisco Chronicle
The details of Takeru’s upsetting past...are shocking, but never overplayed. What’s more, it’s the shifting relationship between Takeru’s shameful memories of what transpired and his gradual adjustment to the kindhearted people and landscapes of his mysterious new surroundings that makes the novel both unsettling and quietly moving ... It’s a mournful, but ultimately uplifting portrait of a boy trying to make sense of his seemingly shattered world in order to create a stronger, more hopeful future.
Read Full Review >>
Positive PT Smith,
Full Stop
At the beginning of the passage, and for most of the novel, the narrator is fully omniscient, tells us exactly what Takeru is thinking, feeling, experiencing, but a cloudiness passes over. There are moments when the narrative loses omniscience, is impressionistic at best ... translating these narrative shifts is a beautiful effort by Turvill, and like beautiful efforts, can go unnoticed. ... Ono is nuanced in his creation of a community and family ... Lion Cross Point itself is both threatening and beckoning. The beckoning eventually wins out, a call that these people he comes to know and who come to know him support. The consequences of his response are his to find and his to face, ours to read between what is written.
Read Full Review >>
See All Reviews >>
SIMILAR BOOKS
Coming Soon

What Could Be Saved
Liese O'Halloran Schwarz
Positive
What did you think of Lion Cross Point?
© LitHub | Privacy