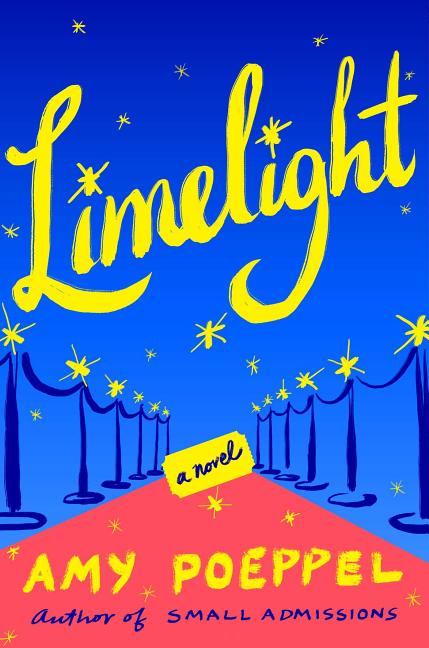 Allison Brinkley--wife, mother, and former unflappable optimist--discovers that a carefully weighed decision to pack up and move her family from suburban Dallas to the glittery chaos of Manhattan may have been more complicated than she and her husband initially thought.

What The Reviewers Say
Rave Erin Holt,
Booklist Online
Glitz and glam meet bullheaded, spoiled, drunk, high, and hormone-crazed teenage celebrity pop star in Poeppel’s outstanding sophomore work (after Small Admissions, 2016) ...A tribute to Broadway, teen celebrity life, and a mother who has now seen it all, this work is tough love at its finest and a great read for those wanting a ride on the wild side.
Read Full Review >>
Rave Shawna Seed,
Dallas News
The second half of the book is less a domestic drama and more an inside look at the world of theater, complete with table readings and dance rehearsals ... Poeppel works hard to build sympathy for the foul-mouthed pop star, Carter Reid, as a supremely talented, exploited man-child. But his true gift — his singing voice — can't really be captured on the page, and the portrayal falls a little flat ... Really, though, there's very little that's controversial here. It's a book about an entirely competent middle-aged woman organizing, cajoling, scheduling and strategizing her way through a series of obstacles. That's precisely what makes the novel so delightful.
Read Full Review >>
Rave Karin Tanabe,
The Washington Post
The story of how Allison gets that gig is a big stretch, but the hilarity that ensues between her and Carter makes it worth it. Poeppel describes the spoiled pop prince perfectly. Even her choice of curse words feel lifted off the pages of a teen’s Instagram account. This authenticity and the way Allison creatively deals with Carter’s tantrums will have readers rooting for her as she tries to get him away from the dark side and to his Broadway rehearsals ... Written with heaps of humor and just as much heart, Limelight is a testament to the transformative power of good mothering, the magic of the stage and the allure of Manhattan — even if you arrive in a Ford Explorer with Texas plates.
Read Full Review >>
See All Reviews >>
SIMILAR BOOKS
Fantasy

Win Me Something
Kyle Lucia Wu
Rave
What did you think of Limelight: A Novel?
© LitHub | Privacy