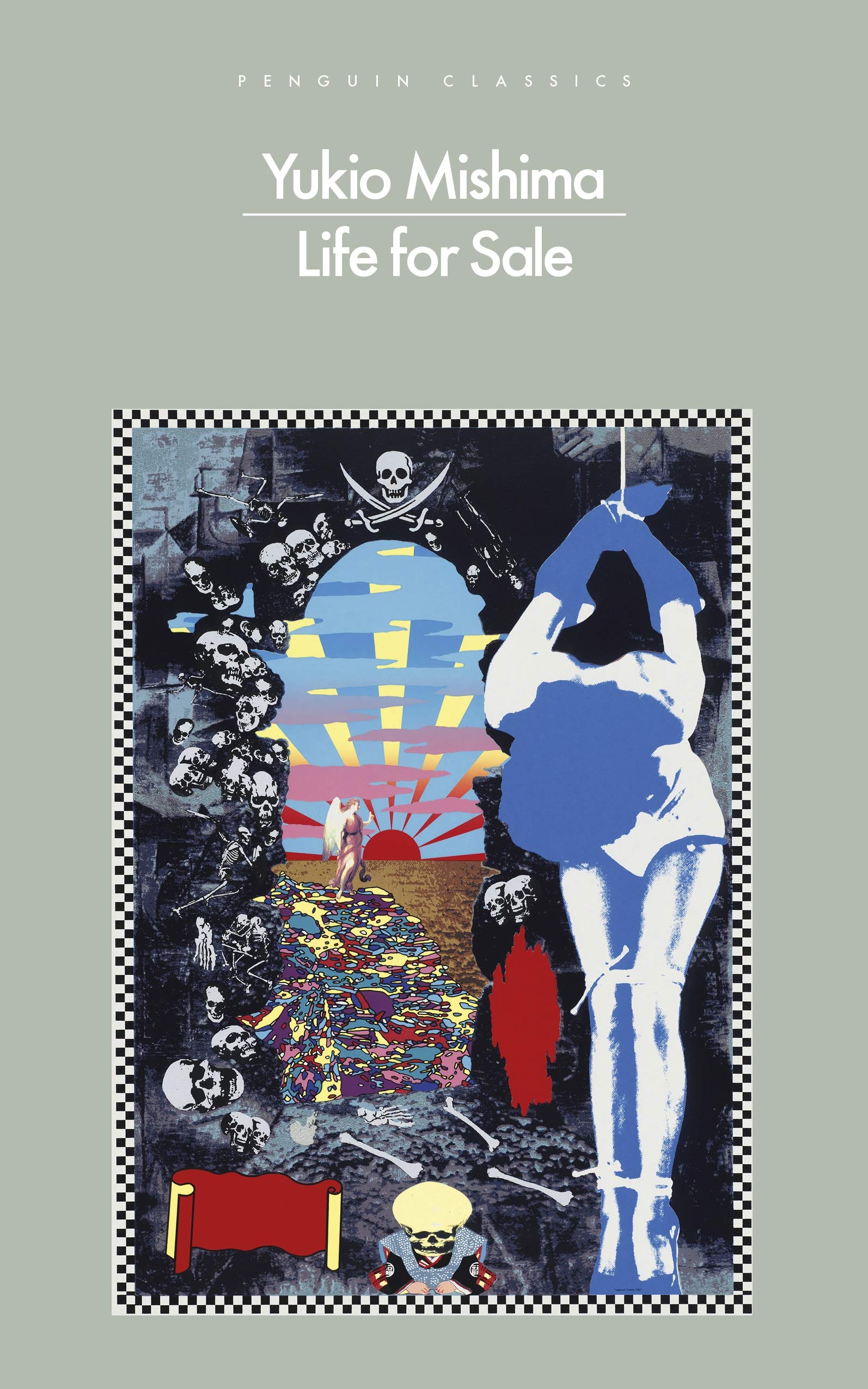 When Hanio Yamada realizes the future holds nothing of worth to him, he puts his life for sale in a Tokyo newspaper, thus unleashing a series of unimaginable exploits.

What The Reviewers Say
Rave Andrew Taylor,
The Spectator
This existential crime novel has an arresting premise and Mishima plays it for all it’s worth. Quotidian reality has no place here. You know this is going to be fun when, after his suicide attempt almost on the first page, Hanio sees the days that now lie ahead as ‘a row of dead frogs with their white bellies exposed’. His perspective on life is a constant pleasure...So too is his jaundiced view of Westerners with their ‘hairy knuckles’ and their ‘gaseous smell, redolent of chives’ ... There is a place in life for the exhilarating, surreal and sometimes downright silly. This novel ticks all the boxes.
Read Full Review >>
Rave Ian Thomson,
The Evening Standard
... a sexy, camp delight. Beneath the hard- boiled dialogue and the gangster high jinks is a familiar indictment of consumerist Japan and a romantic yearning for the past ... As mass-market fiction, Life for Sale works a treat; Hanno, dreaming of the 'sweet bath of death', is clearly a veiled self-portrait of Mishima ... replete with Tarantino-like scenes of smuggling and murder, as well as philosophical musings on Japanese attitudes to the sword, the warrior and honour.
Read Full Review >>
Positive John Williams,
The New York Times
Mishima may have held Life for Sale in contempt, and it doesn’t rise to the level of those novels by Graham Greene that Greene once called his own 'entertainments,' but it’s a propulsive, madcap story with echoes of the deeper concerns that interested and plagued its author ... has a serial’s episodic rhythms, a string of scenes in which Hanio encounters and manages to survive new misadventures ... Mishima brings to these set pieces a colorful imagination ... It’s the book’s looseness and weirdness that provide its appeal ... It would have been helpful for this book to include an introduction or some other explanatory material. Those who don’t know Mishima, and even those who do, could use some context.
Read Full Review >>
See All Reviews >>
SIMILAR BOOKS
Fiction

The Devil Takes You Home
Gabino Iglesias
Positive
What did you think of Life for Sale?
© LitHub | Privacy