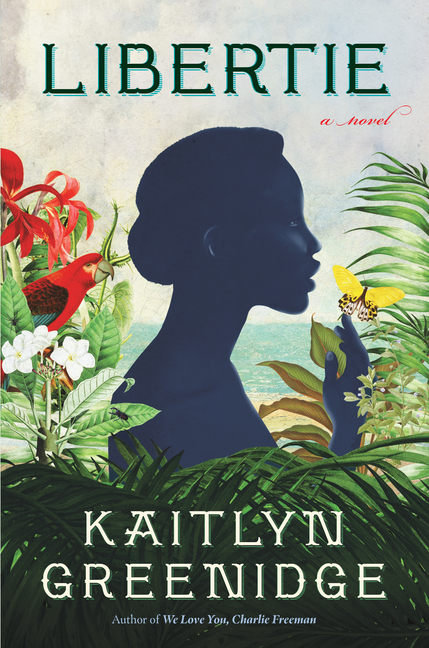 The author of We Love You, Charlie Freeman returns with a coming of age story, tracing the travails of a free-born Black girl raised in Reconstruction-era Brooklyn. Libertie Sampson defies her doctor mother's stifling dreams that her daughter will follow in her footsteps, instead following her fiancee to his home country of Haiti—where Libertie escapes American-style racism but not the misogyny that leaves her subordinate to all men.

What The Reviewers Say
Rave Margaret Wilkerson Sexton,
The New York Times Book Review
[A] feat of monumental thematic imagination ... Greenidge both mines history and transcends time, centering her post-Civil-War New York story around an enduring quest for freedom ... Greenidge shines in occupying the young girl’s mind ... This early period is enhanced by apt and tender dialogue, like the 'practiced quarrel' between Libertie’s mother and her friend. Indeed, the world of Kings County — modern-day Brooklyn — comes to life through vivid, textured details ... As lushly as Kings County is described, Greenidge grants the same favor to Jacmel, and despite the American filter, we can’t help hearing echoes of Edwidge Danticat in the line 'the market was a kingdom of women,' or in the Haitian Creole tune the children make up for Libertie upon her arrival ... The sheer force of Greenidge’s vision for her, for us all, gives us hope that it won’t be long now.
Read Full Review >>
Rave Natachi Onwuamaegbu,
The Boston Globe
Greenidge is a master of character building ... Libertie is set in the midst of the Civil War, but the place and time these characters are in doesn’t make them unfamiliar ... Libertie is an easy page turner—its simple prose makes the plot digestible and the lyrical sentences sing louder ... Because the book is written in the first person, readers are allowed to get intimate with Libertie’s thoughts. She keeps so much of the way she thinks hidden from other characters (for a myriad of reasons), that it’s an intimate joy to get a glimpse into her logical, sympathetic mind ... a beautiful telling of gorgeously tragic characters who keep you rooting for them, even as they continue to stray and stray and stray.
Read Full Review >>
Positive Jackie Thomas-Kennedy,
The Star Tribune
Greenidge's prose is at its best when...visceral moments extend into understated metaphor ... There is a mystic heaviness to Libertie's language—her speech, her writing, her thoughts—and Greenidge structures the novel in sections hinging on significant plot points ... The spectrum of Black skin color surfaces again and again, an urgent reminder that the word 'colored,' which appears throughout the work, is an oversimplification of a nuanced, individuated experience ... The story focuses closely on the development of the marriage ... These sections make up the novel's richest, most intimate pages, while maintaining the work's overall interest in concepts of love, freedom and righteousness.
Read Full Review >>
See All Reviews >>
SIMILAR BOOKS
Fiction

Trust
Hernan Diaz
Rave
What did you think of Libertie?
© LitHub | Privacy