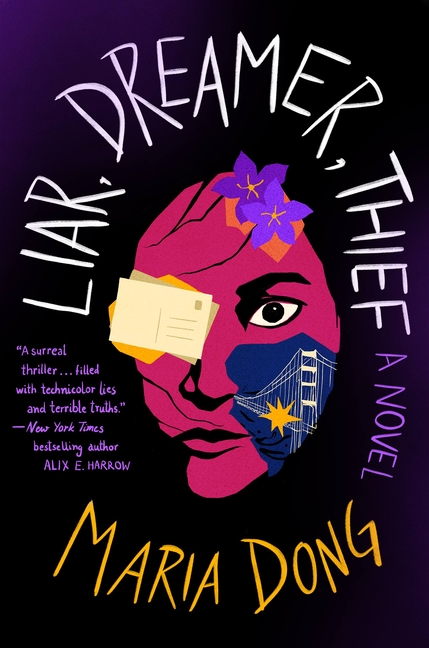 Katrina Kim may be broke, the black sheep of her family, and slightly unhinged, but she isn't a stalker. Her obsession with her co-worker, Kurt, is just one of many coping mechanisms. But when Katrina finds a cryptic message from Kurt that implies he's aware of her surveillance, her tenuous hold on a normal life crumbles. Driven by compulsion, she enacts the most powerful ritual she has to reclaim control—a midnight visit to the Cayatoga Bridge—and arrives just in time to witness Kurt's suicide. Before he jumps, he slams her with a devastating accusation: his death is all her fault. Horrified, Katrina combs through the clues she's collected about Kurt over the last three years, but each revelation uncovers a menacing truth: for every moment she was watching him, he was watching her. And the past she thought she'd left behind? It's been following her more closely than she ever could have imagined.

What The Reviewers Say
Positive Malavika Praseed,
Chicago Review of Books
Thematically, Liar, Dreamer, Thief takes on corporate apathy, childhood trauma, and literary mystery, and at times the novel manages to handle all of them at once ... While the book proves a snappy page-turner, with Katrina’s voice shining through, there are pacing issues stemming from this multitude of ideas that ultimately hold it back from greatness ... We spend much of the novel establishing Katrina’s worldview and voice, and while the mystery is not yet set into motion, these meanderings are well worth reading and propelled forward by Katrina’s unique perspective ... The underlying mystery is ultimately less interesting than Katrina’s exploration of the world, and the novel could have remained in this lane or provided more time for the characters to reveal themselves, their stories, and their motivations ... Still, Liar, Dreamer, Thief is a fascinating hybrid between coming of age novel, workplace novel, and literary thriller. By anchoring a character as fascinating as Katrina Kim, Maria Dong creates a captivating, if at times uneven, story rooted in modern obsession and repressed trauma.
Read Full Review >>
Rave AIGNER LOREN WILSON,
Lightspeed Magazine
Liar, Dreamer, Thief took hold of me and lifted me away into a world of Dong’s prose and Katrina’s voice. Dong’s book is wonderfully unique and strangely familiar. It’s a fantasy for people who like mysteries and a mystery for people who love fantasy.
Read Full Review >>
Rave Sabrina Szos,
Booklist
Fascinating and psychologically complicated ... rom start to finish, this is a captivating story with dire puzzles that beg to be solved one chapter at a time while readers will continuously wonder whether Dong’s narrator can be relied on at all, making for yet another intriguing mystery.
Read Full Review >>
See All Reviews >>
SIMILAR BOOKS
Fiction