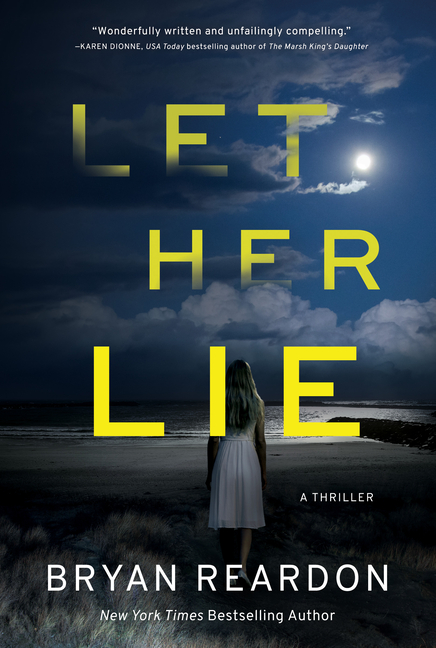 One minute Theo Snyder was on top of the world, his documentary film a massive critical and commercial hit, the next crestfallen when his latest film was canceled after an embarrassingly public misstep. As his desperation grows, he makes a bold decision: to pursue the story of the notorious "Halo Killer," Jasper Ross-Johnson. But delving into the life and mind of a serial killer could prove more deadly than Theo ever could have imagined.

What The Reviewers Say
Positive Carmen Clark,
Booklist
Reardon’s mastery at weaving together the strands of a complex psychological thriller is palpable on every page. Theo’s manic foray into Jasper’s life and mind is described in disturbing detail, but this is not the typical murder mystery. Instead of focusing on the gruesome outcomes, Reardon brings forth Jasper’s methods and mind-set, answering the question of why someone would commit such heinous acts. Fans of Gillian Flynn will jump at this one.
Read Full Review >>
Positive Kirkus
Reardon keeps the complications coming so thick and fast you’ll be deeply relieved that you’re not making this movie yourself ... A virtuoso exercise for serious players determined to keep playing each other to the bitter end.
Read Full Review >>
Mixed Publishers Weekly
... taut if flawed ... Ingenious twists and well-developed characters compensate only in part for a convoluted ending that will leave many unsatisfied. Newcomers are advised to start with one of Reardon’s earlier, stronger thrillers.
Read Full Review >>
See All Reviews >>
SIMILAR BOOKS
Fiction

Find You First
Linwood Barclay
Positive
What did you think of Let Her Lie?
© LitHub | Privacy