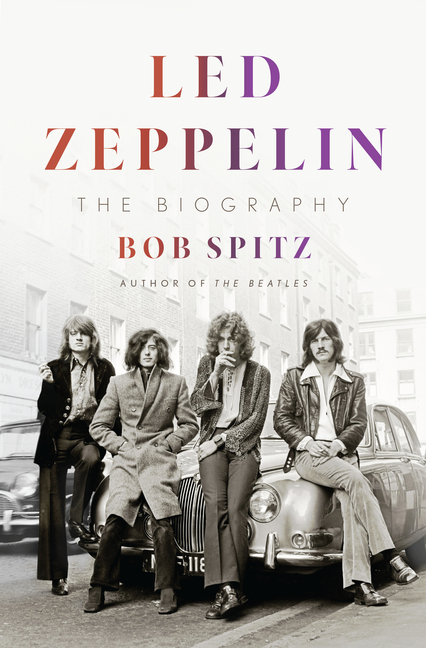 The definitive account of rock band Led Zeppelin, and the story of how the sixties became the seventies, of how playing clubs became playing stadiums, of how innocence became decadence. Led Zeppelin wasn't the first rock band to let loose on the road, but as with everything else, they took it to an entirely new level.

What The Reviewers Say
Rave Chris Vognar,
USA Today
The whole story, the glory and the mayhem, the train wreck and the true bliss ... [A] sprawling account ... The good, the bad and the ugly coexist in the Led Zeppelin story, and Spitz knows well enough to report and tell it all ... Spitz...gives nobody a pass. Hovering above all the parties and all the jams and the richly detailed accounts of creating each album is an abundance of abominable behavior that only grew worse as Zeppelin’s fame exploded ... This is one group portrait that doesn’t flatter.
Read Full Review >>
Mixed Zachary Lipez,
The Washington Post
... a 600-page tome that collects every (reliable) story previously reported, and is bolstered by original reporting and interviews—all delivered in brisk and straightforward prose. But readers be warned: Spitz doesn’t hold back in describing the band’s antics, its displays of ego and cruelty that today’s audiences might find less than acceptable ... The book is peppered with musical references that Spitz describes as evocatively as mere writing can describe music, and cultural references...that may cause some readers to fall into a rabbit hole of music minutia. It may cause others to give up ... Spitz is admirably unsparing, without being egregiously harsh, in his assessments of the attempts by White British musicians to approximate the sounds coming from imported, eagerly collected records by legends such as Howlin’ Wolf and Muddy Waters ... the stories Spitz unearths and reiterates about what Led Zeppelin and their entourage got away with are, even to readers jaded to bad celebrity behavior, appalling ... Spitz’s handling of all this is patchy. At times, he denounces. At times he equivocates. At times, he slyly hints at judgment at the band’s various inanities and unsavory behavior ... Spitz manages to tell a compelling story (despite a few factual errors in my edition). The music criticism is often insightful and evocative ... Fans and naysayers alike will be disappointed that in Spitz’s telling nothing any of the men did after Led Zeppelin broke up seems to warrant much discussion. As a compendium of the often brilliant music created by ravaged souls, the book works well enough, but at this point both Led Zeppelin’s fans (and critics) yearn for more.
Read Full Review >>
Mixed John Warner,
Chicago Tribune
It was with the spirit of that much younger self that I looked forward to Led Zeppelin: The Biography by noted music biographer Bob Spitz ... What resulted — through no fault of Spitz’s, who does an exacting job on both the broad narrative and fine details — is one my saddest reading experiences in recent memory. The story of Led Zeppelin is not just one of a legendary rock band, but one of a colossal waste of talent ... Spitz covers it all ... In Spitz’s telling, for much of their time together, even Led Zeppelin could not be Led Zeppelin ... While the story is laced with tragedy — the death of Plant’s son, Bonham’s death — I can’t say the book reads like a cautionary tale ... No, it’s more like the story of a relic that you once treasured, but may now find hard to separate from the destruction that surrounded it. The music of Led Zeppelin is worth still celebrating, but the culture surrounding it damaged many, including on the band itself.
Read Full Review >>
See All Reviews >>
SIMILAR BOOKS
Biography 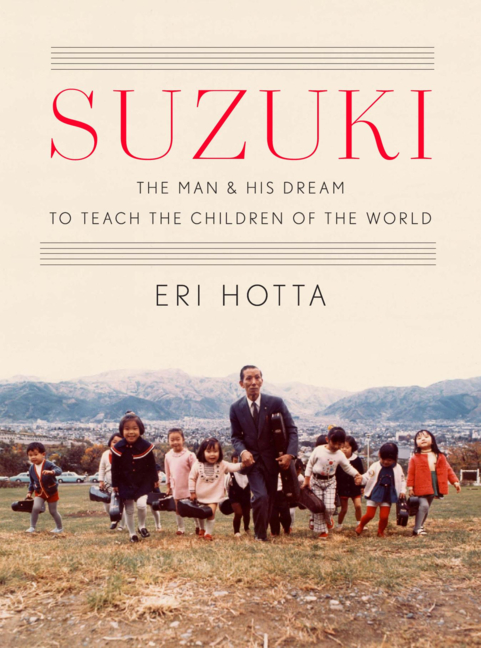 Suzuki: The Man and His Dream to Teach the Child…
Eri Hotta
Rave
Biography

A Song for Everyone: The Story of Creedence Clea…
John Lingan
Rave
What did you think of Led Zeppelin: The Biography?
© LitHub | Privacy