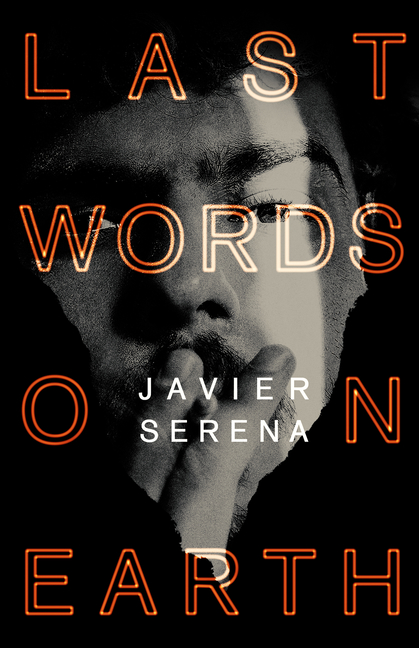 In exile from his home country of Peru, Ricardo Funes embodies the ultimate starving artist. Fired from almost every job he's held--usually for paying more attention to literature than work--he sets himself up in a rundown shack where he works on writing stories to enter in regional contests across Spain, and foisting his judgements about literature on anyone who will listen as one of the last remaining members of the negacionismo poetry movement. Completely dedicated to an unwavering belief in his own art, Funes struggles in anonymity until he achieves unbridled success with The Aztec and becomes a legend . . . at least for a moment. Diagnosed with lung cancer a few years later, Funes will only be able to enjoy his newfound attention for a short time. Told through the voices of Funes's best friend, his wife, and himself, Last Words on Earth looks at the price--and haphazard nature--of fame through the lens of a Bolaño-esque writer who persevered just long enough to be transformed out of obscurity into being a literary legend right at the end of his life.

What The Reviewers Say
Positive Aaron Bady,
Los Angeles Review of Books
Last Words on Earth is a good novel. It works. It’s a kind of fan fiction, though perhaps we won’t call it that because fan fiction is low class, and Bolaño is high and literary (and instead of recycling the author’s characters, it’s the author himself who is raised from the dead and reanimated). But like fan fiction, it works because it satisfies, because it answers questions that otherwise go unanswered in the holes and omissions (and final foreclosure) of Bolaño’s life story.
Read Full Review >>
Positive M.A. Orthofer,
Complete Review
Serena writes fluidly and well -- and manages a Bolañoesque feel not only to the character but also to his voice, not least in the second part of the novel, presented entirely as recounted by Ricardo. Some of the Bolaño echoes are particularly effective -- not least the portrayal of just how chain-smoking Ricardo is, right down to the cigarette dangling from his lips when he says his vows in one of the marriage-ceremony scenes. There's a bit of danger of the book floundering too much in all its (and especially Ricardo's) exuberance; terminal illness does help in tempering that some, but Serena never really tamps it down; Last Words on Earth is meant to be a feel-good novel, and is perhaps a little too obviously so.The Bolaño-connection remains something of a distraction throughout, as it's hard to know whether the reader should simply fully commit to it and take Last Words on Earth as a (barely) à clef novel, or try to see Ricardo as a separate and distinct (if obviously Bolañoesque) figure. But regardless and whichever way you take it, it's a good and well-told story.
Read Full Review >>
Rave Publishers Weekly
Spanish writer Serena debuts with a stunning portrait of a Roberto Bolaño–esque writer who strikes literary gold while facing a terminal lung disease ... This is a wonder.
Read Full Review >>
See All Reviews >>
SIMILAR BOOKS
Coming Soon

This Is How I Disappear
Mirion Malle, Tr. Aleshia Jensen and Bronwyn Haslam
Positive
What did you think of Last Words on Earth?
© LitHub | Privacy