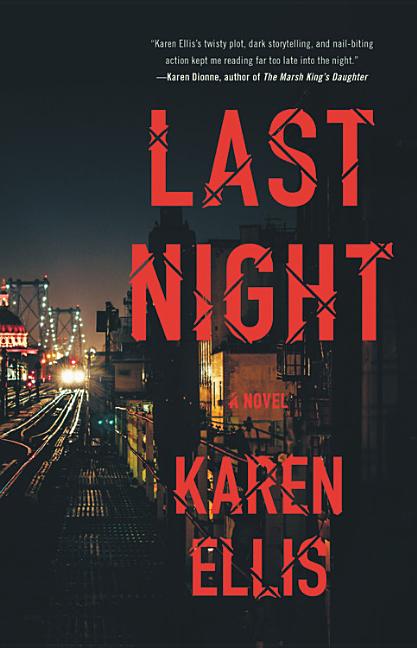 NYPD detective Lex Cole tracks a missing Brooklyn teen whose bright future is endangered by the ghosts of his unknown father's past, in this highly anticipated sequel to A Map of the Dark.

What The Reviewers Say
Positive Henrietta Verma,
Booklist
A tale that illustrates all that families can be, good and bad. Without resorting to stereotypes, Ellis deftly shows just how different the stakes are for kids who supposedly live in the same world but who face very different obstacles and possibilities. This thoughtful entry in the Searchers series will satisfy fans of the previous work as well as those who enjoy a well-crafted look at New York’s underbelly.
Read Full Review >>
Positive The Real Book Spy
Another solid showing ... While FBI agent Elsa Myers, who stared in A Map of the Dark, plays a small role, the bulk of the story follows Crisp and Detective Cole, as two interwoven storylines eventually come together in a way that’ll satisfy most readers. While the writing is above-average, Ellis’ decision to not use more of Myers may have been a miscalculation, as none of the other characters feel compelling enough to drive the story on their own. Likewise, the plot relies far too often on either dumb luck or improbable coincidences, leaving the story feeling contrived and forced at times. Still, Ellis’ writing talent is evident, and her pacing and attention to detail help cover the book’s flaws, making Last Night a fine read for those craving a solid mystery.
Read Full Review >>
Positive Tom Nolan,
The Wall Street Journal
A group character study that offers realistic suspense. Ms. Ellis is an able guide inside the psyches of her subjects, especially that of Crisp, as he learns new ways to view himself 'in the context of his environment...through the lens of race and socioeconomics.'
Read Full Review >>
See All Reviews >>
SIMILAR BOOKS
Coming Soon

The Hare
Melanie Finn
Positive
What did you think of Last Night?
© LitHub | Privacy