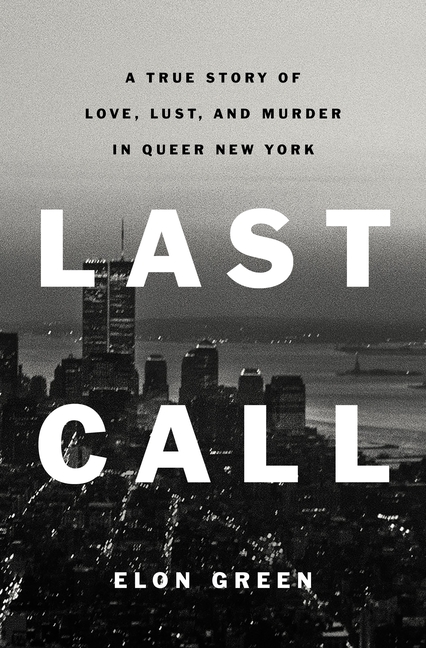 The true story of the Last Call Killer and the gay community of New York City that he preyed upon.

What The Reviewers Say
Positive Jeremy Lybarger,
4Columns
Rather than focus on the killer—who has all the allure of a wet cocktail napkin—he foregrounds the lives and milieus of the victims. It’s a reparative act that doubles as an extended elegy for the decades of closeted or bullied queers who encountered similar demons in schoolyards, across dinner tables, in pews, or in the browser histories they desperately erased ... Green, who identifies as straight, never explains why the victims obsessed him ... a salvage operation not only for individual lives, but for a whole bleak chapter of underground queer life ... Such offbeat details compensate for Green’s smooth but bland prose ... preserves the poignant irony that the trust and vulnerability that once made gay bars synonymous with gay community were also vectors of death, both in the form of murder and, later, HIV/AIDS ... Most true-crime writers favor the crime half of the equation. But there’s also the imperative of truth—not just the factual tally of names, dates, and numbers, but the existential question of why such horror happened at all.
Read Full Review >>
Rave Tom Cardamone,
Lambda Literary
... a stunning addition to the gay corner of the true-crime genre ... Green does a superb job describing how this dark force invaded the one place where gay men sought solace in song and drink, where they could finally let their guard down. Some drank too much and, looking for love or just a trick, never returned ... As an investigative crime writer Elon puts in the work, with a sense of sensitivity and compassion ... The care, the research, the investment on display in...Last Call signals to me, at least, that Elon Green rises above the function of a dispassionate observer. He writes like a communal friend.
Read Full Review >>
Rave Jessica Wakeman,
BookPage
Weaving together multiple histories and jumping back and forth in time can be hit-or-miss as a narrative structure, but Last Call does it well, thanks to Green’s original reporting conducted with law enforcement, politicians, victims’ families and patrons at gay bars where Rogers lurked ... True crime too often focuses on the 'bad guys,' as if repeatedly mulling over their motives may eventually explain evil. In Last Call, Green instead foregrounds Rogers’ known victims. He shows us the people they were and the lives they left behind. Their lives mattered, and Last Call is a testament to how homophobia shaped these men’s lives and, eventually, their deaths ... Regular readers of true crime may not find the violence unexpected, but the cultural context of the AIDS panic adds additional weight to this brutality. To his credit, Green never lets us forget the amplified threats that existed for gay men during this era. However, because Last Call shows how the passage of time often changes culture for the better, it’s ultimately uplifting—if a book about a serial killer could, in any way, be called 'uplifting.'
Read Full Review >>
See All Reviews >>
What did you think of Last Call: A True Story of Love, Lust, and Murder in Queer New York?
© LitHub | Privacy