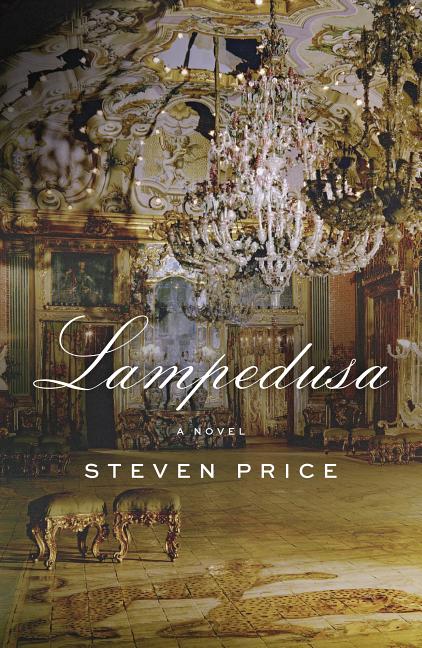 Set in a sun-drenched Sicily, among the decadent Italian aristocracy of the late 1950s, Price's Lampedusa explores the final years of Giuseppe Tomasi, the last prince of Lampedusa, as he struggles to complete his only novel, The Leopard.

What The Reviewers Say
Rave Wendy Smith,
The Washington Post
Price, a poet and the author of two previous works of fiction, emulates the lucid, courtly cadences of Tomasi’s prose and hews closely to the known biographical facts, but he makes this material his own. Lampedusa illuminates the complex connections between life and art, winding through Tomasi’s memories to reveal that his loving, profoundly sad depiction of 19th-century Sicily was rooted in 20th-century experiences of war, dislocation and loss ... Price depicts the creative process with precision balanced by respect for its mysteries ... As Giuseppe’s health worsens, the narrative surges and recedes with his memories. It’s particularly fascinating to see him grapple with the shadow of his imperious, furious mother, dead for more than 10 years but still powerfully present ... An unsparing yet tender portrait that makes Giuseppe Tomasi di Lampedusa as compelling as his great novel.
Read Full Review >>
Positive Joseph Luzzi,
The New York Times Book Review
Price’s synthesis is less successful, as at times the external world disappears into the textures of his protagonist’s consciousness. The novel could have gone into greater depth in its consideration of the complex figure of the Leopard...and characters in Lampedusa that match those in The Leopard could have been further developed — especially Mirella (the love interest of Lampedusa’s adopted son, Gioacchino), who lacks the dimension and verve of her analogue, the unforgettable Angelica of The Leopard. ... Price’s novel excels where it counts most: inside Lampedusa’s head. The prose is superbly controlled, richly textured, brimming with wise and lyrical insights that make it a worthy heir to its mighty predecessor ... For [Lampedusa] to have ventured forth late in life from his literary safe haven to write The Leopard is a story as improbable — and at times fascinating — as the historical paradoxes of his masterpiece.
Read Full Review >>
Positive Laura Kolbe,
The Wall Street Journal
... alternately workmanlike and exquisite ... The Leopard is both a reaction to a diagnosis, and a lifelong ambition. Mr. Price’s novel can be similarly hamfisted in showing Giuseppe working out certain problems of plot ... These kinds of one-to-one correspondences between the life and the resultant novel feel forced and risk reducing novel-writing to the plodding translation of one’s real life into a sort of code. In a moment of fleeting, intriguing strangeness, however, Mr. Price has Giuseppe speculate that perhaps the model for his hero is not himself but Alexandra—a pleasantly destabilizing surprise amid the meticulous matchiness elsewhere ... Far more successful are Mr. Price’s evocations of the subtle texture of lived experience ... These magnificent images, almost but not quite grotesque in their insistent corporeality, are so fine that one occasionally wishes Mr. Price had abandoned the anchor of the biographical Tomasi di Lampedusa and instead written the imagined life of a bookish but nameless Sicilian circa 1900 to 1960.
Read Full Review >>
See All Reviews >>
SIMILAR BOOKS
Fiction

The Hare
Melanie Finn
Positive
What did you think of Lampedusa?
© LitHub | Privacy