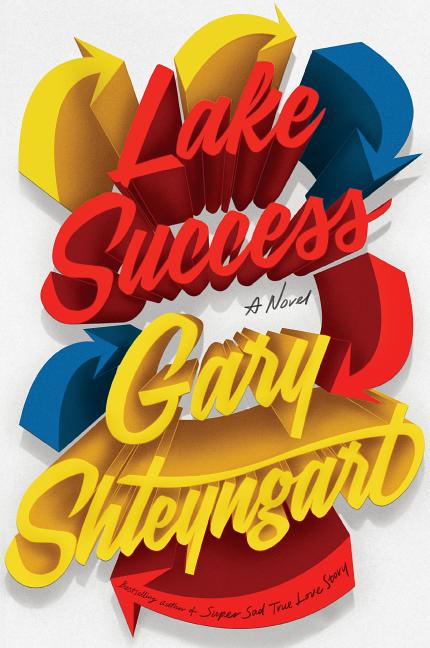 A new comedic novel from the author of Super Sad True Love Story. A panicked hedge fund manager takes a cross-country Greyhound bus trip to reconnect with his college girlfriend, leaving his wife to deal with their autistic 3-year-old.

What is this?
Positive
Based on 30 reviews

What The Reviewers Say
Rave Ron Charles,
The Washington Post
Adjust your expectations when you pick up Gary Shteyngart’s Lake Success. His new book is not insanely funny nor hilariously absurd. It’s better than that. A mature blending of the author’s signature wit and melancholy, Lake Success feels timely but not fleeting ... There’s something uncanny about Shteyngart’s ability to inhabit this man’s boundless confidence, his neediness, his juvenile tendency to fall in love and imagine everyone as a life-changing friend ... comedy and pathos are exquisitely balanced.
Read Full Review >>
Rave Maureen Corrigan,
NPR
There's life in the old road trip saga yet. That's just one of the many things that Gary Shteyngart's spectacular, sprawling new novel, Lake Success, affirms ... More than 'just' an artistic tour de force, Lake Success aims—and succeeds—in saying something big about America today ... He captures what one of his own favorite writers, Philip Roth, once called 'the indigenous American berserk' but he's not, in turn captured and disfigured by it. He imagines that there might yet be another fork in the road, another highway rest stop, another snoring American right beside you, dreaming their own great American dream.
Read Full Review >>
Positive Priscilla Gilman,
The Boston Globe
...a rollicking, uproariously funny, bitingly satiric yet also warm and big-hearted novel ... But Barry is no simple caricature ... A few of the comic subplots, especially the one involving a crack rock, strain the limits of credulity, even for Shteyngart’s absurd universe, and homoerotic elements to Barry’s relationships with several men feel distracting ... Lake Success feels both linguistically fecund and emotionally robust. Zingers abound, but so do genuinely touching moments.
Read Full Review >>
See All Reviews >>
SIMILAR BOOKS
Coming Soon