Kopp Sisters on the March 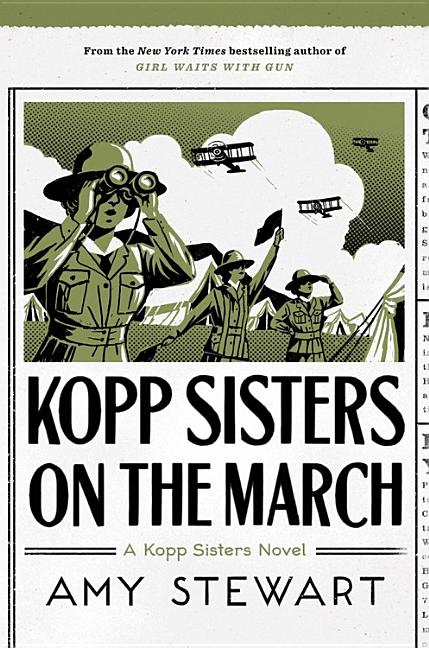 In the fifth installment of the Kopp sisters series, the sisters must learn some military discipline—whether they're ready or not—as the U.S. prepares to enter World War War I.

What The Reviewers Say
Positive Carol Memmott,
The Washington Post
...[an] entertaining series about three fiercely feminist sisters who refuse to believe that men are meant to rule the world ... There may be less humor this time, but the story is ultimately more gripping and satisfying as it makes abundantly clear the continuing societal dismissal of women’s worth, even when the fate of the world is at stake ... Beulah and Constance couldn’t have foreseen that they would have to reckon with their past at the women’s camp, but they come out of this story more powerful and self-confident.
Read Full Review >>
Positive Chris Hewitt,
The Star Tribune
America's entry in the war is still in the future as the book ends but what it lacks in action it makes up for in the cramped, all-in-this-together atmosphere of the camp. When one woman whips open her tent to introduce its martini-swilling residents with, 'Girls, meet the girls,' Kopp recalls the breezy fun of classic, female-centered movies such as Stage Door.
Read Full Review >>
Positive Michele Leber,
Booklist
Told in Stewart’s nimble, witty prose, this fifth in the popular series is based largely on fact and offers a paean to patriotism and the role women have played in war, even a century ago. Devoted fans will be pleased with the tantalizing hint Stewart provides about what lies ahead for Constance.
Read Full Review >>
See All Reviews >>
SIMILAR BOOKS
Fantasy

Rizzio
Denise Mina
Rave
What did you think of Kopp Sisters on the March?
© LitHub | Privacy