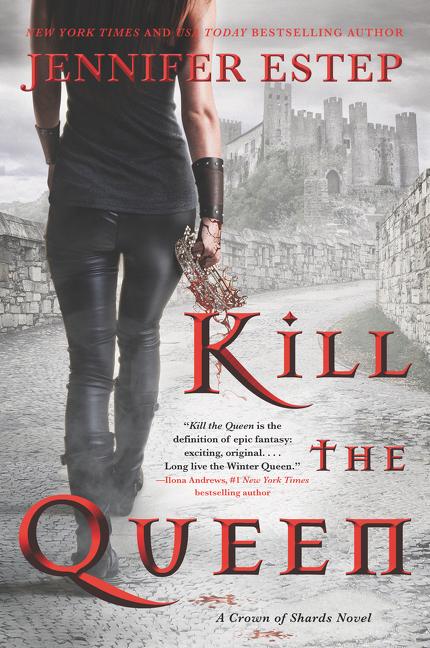 Seventeenth in line for the throne and without obvious magical powers, Lady Everleigh hides in the shadows of the royal court of Bellona, a kingdom steeped in gladiator tradition. But when her cousin Vasilia takes the throne by force and massacres the royal family, Lady Everleigh survives, builds her magical powers, and joins a gladiator troupe in the first series installment of A Crown of Shards.
Positive
Based on 6 reviews

What The Reviewers Say
Positive David Wood,
New York Journal of Books
One of the strengths of the story is the way in which Evie’s magical talents and her combat skills develop incrementally and are consistent with her physical limitations ... The novel is not without a few classic tropes. Villain takes a break from slaughtering everyone in sight so that that the heroine may receive important information from the dying queen. Villain is about to kill the heroine, but takes a break in order to give a speech explaining her sinister plot, thus allowing the heroine to escape ... Jennifer Estep’s engaging style and a perfect balance of action and intrigue make this a strong first installment of a promising new fantasy series. Although it is book one of the series, Kill the Queen is written in such a way that it can be read as a stand-alone, so there’s no need to wait for the series to be completed before diving in.
Read Full Review >>
Rave Lacy Baugher,
Culturess
Compelling characters, a unique setting, or an exciting and unpredictable premise. Jennifer Estep’s Kill the Queen has all of these things ... There are many reasons to read this book, particularly for fans of fantasy and strong female characters ... Though Kill the Queen is the first book in a trilogy, the novel wraps up the bulk of its main story by the final page. Yes, there are a few dangling plot threads here and there—adversaries that escape, problems that go unsolved, etc—but, theoretically, you could stop here and still feel pretty satisfied. You won’t want to, though. Because what this book manages to do—stealthily, and in a way you might not notice until you get to the end—is expand Evie’s world in a natural and compelling way.
Read Full Review >>
Positive Smart Bitches Trashy Books
Kill the Queen...[is] tremendous fun ... It’s a delightful journey. There’s also a little romance ... [but] It’s mostly a set-up for future books, so if you’re looking for heavy romantic content, you might be disappointed ... there isn’t a ton of time devoted to world building. We’ve got some elemental magic, shapeshifters and a few fantasy creatures and that’s about it. Despite the whole regicide element, there also isn’t a ton of time devoted to the internal politics of the kingdom ... Despite that, Kill the Queen is a fun, action-driven fantasy.
Read Full Review >>
See All Reviews >>
SIMILAR BOOKS
Fantasy

40
Alan Heathcock
Positive
What did you think of Kill the Queen?
© LitHub | Privacy