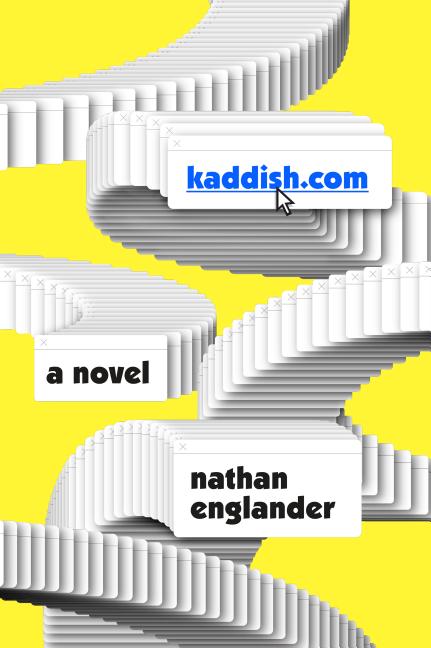 The Pulitzer finalist delivers a comic novel about a son's failure to say Kaddish for his father.

What The Reviewers Say
Rave Ron Charles,
The Washington Post
There’s nothing derivative about this clever novel, but its tragicomic treatment of death, guilt and Jewish orthodoxy surely pays homage to the late great [Philip Roth] ... [the novel's] first part serves as another reminder of Englander’s extraordinary skill as a short story writer ... When the main part of the novel picks up 20 years later, Englander keeps pushing on [specific] issues with the same fertile wit and tender compassion ... Larry’s fanatical devotion and his anxiety about fulfilling it might look ridiculous to those who don’t feel the vitality of tradition, but the humor of kaddish.com is infused with delight rather than mockery. What a rare blessing to find a smart and witty novel about the unexpected ways religious commitment can fracture a life — and restore it.
Read Full Review >>
Positive Tova Mirvis,
The New York Times Book Review
Englander’s trademark humor is on display, but most striking and moving about Kaddish.com is the unabashed sweetness of a son’s longing for a father ... In this novel brimming with Talmudic references and biblical allusions, Jewish legal principles and Yiddish-inflected dialogue, Englander mines the tension between the letter and spirit of the law. Kaddish.com reads like a modern-day Hasidic tale in which religious characters are bedeviled by the challenges of upholding God’s word in an all too human world ... Is [Shuli] a benighted fool embarking on a quixotic quest, or a devoted son fulfilling a religious obligation? In this tender, wry and entertaining novel, Englander nimbly juggles these possibilities, creating an endearing hero who stumbles through a world in which the holy and profane are intertwined.
Read Full Review >>
Rave Tanjil Rashid,
The Times (UK)
[One of Englander's] gross-out [scenes] is the funniest since Portnoy’s ravishing of raw liver ... Jewish life is depicted with the illuminating intimacy of an insider, as the once-pious Englander also did in [previous works] ... Kaddish.com presents the internet as a distraction from the sacred. It’s a challenge to the modish view that faith is obsolete; a sincere evocation of a traditional view, but not a polemical defence of it. We end the novel feeling—even if we may disagree—that there is a compelling reason why one would want to spurn modernity for a traditional life revolving around worship.
Read Full Review >>
See All Reviews >>
SIMILAR BOOKS
Literary

What Could Be Saved
Liese O'Halloran Schwarz
Positive
What did you think of Kaddish.com?
© LitHub | Privacy