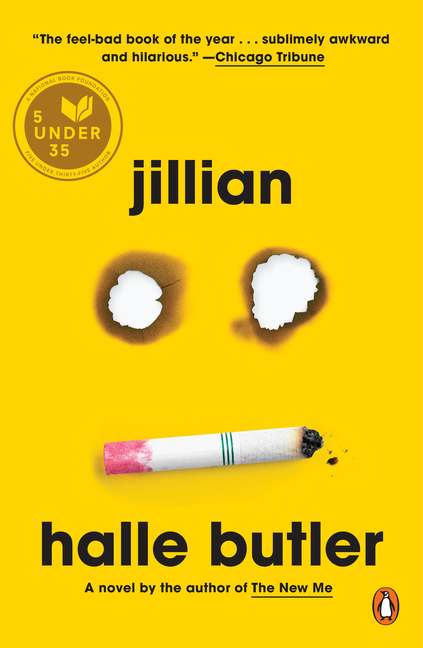 Twenty-four-year-old Megan and 35-year-old single mom Jillian both work dead-end jobs in a gastroenterologist's office. Megan's relentless pessimism and Jillian's blinkered optimism equally frustrate the women's progress, though neither woman can see herself mirrored in the other she pities.

What The Reviewers Say
Rave Kathleen Rooney,
Chicago Tribune
Show me what you hate and I might show you that what you're pointing to is a mirror ... Halle Butler's short and scathing debut novel, is not a 'message' book, but if it were, that would be one of its messages. The old saw about how what we find annoying in others is often what we most despise about ourselves is on rampant, vulgar display in this sublimely awkward and hilarious book about two women who loathe each other only slightly less than they loathe themselves ... the dialogue in this novel is delightfully offbeat ... This is a grotesque and absurd book about grotesque and absurd people stuck in a system that is itself grotesque and absurd. It may be the feel-bad book of the year.
Read Full Review >>
Rave Leland Cheuk,
The Rumpus
... one of the funniest books I’ve read in a long time ... Droll, scatological, and delightfully subversive in its gender portrayals ... Butler is a ninja at conjuring Jillian’s peculiar mental state in her internal monologues, which are mundane, absurd, and foreboding all at once ... a hilarious portrayal of those urban twenty-something years—that age before you’ve made any choices to define yourself, and everything is a placeholder for an uncertain future that scares you ... a darkly comic allegory about America, a nation pathologically unwilling to make tough choices for a better tomorrow, but quite willing to trade substantive change for ephemeral satisfaction (i.e. spiritual junk food). Read that way, Butler’s novel is not just the funniest book I’ve read in a long time, but also one of the most important ones.
Read Full Review >>
Rave John Thurgood,
Electric Literature
Jillian is populated with characters that are stuck ... The beauty of this novel is that Butler handles their respective misery with deft clarity and dry wit, turning expectation on its head, only to prove its worth in the end ... jealousy and self-loathing...to Butler’s credit, comes across as funny and self-reflexively real ... that is the real challenge in this novel’s narrative; in order to empathize with Jillian and other characters, one is forced to reconcile the ugliness within themselves ... a narrative that flitters between consciences, pulling from each a side-long perspective of the human condition and revealing it to be unpredictable and dangerous, and, nevertheless, righteous ... a frank depiction of modern indecency, and a reflection of a generation that lacks any shred of a moral compass.
Read Full Review >>
See All Reviews >>
SIMILAR BOOKS
Coming Soon

What Could Be Saved
Liese O'Halloran Schwarz
Positive
What did you think of Jillian?
© LitHub | Privacy