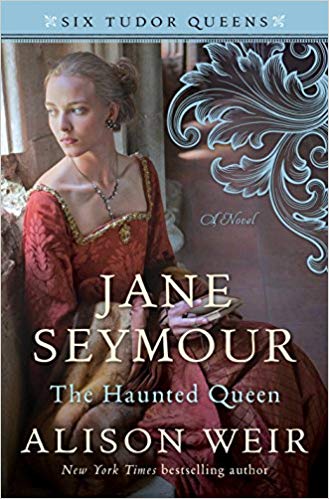 This third book in the epic Six Tudor Queens series follows young Jane Seymour from her installment at court as a lady-in-waiting to Queen Katherine of Aragon through her marriage to King Henry VIII, whom she witnesses invalidate his marriage to Katherine, marry then murder Anne Boleyn—in pursuit of Jane herself.

What The Reviewers Say
Rave Marilyn Sherlock,
Historical Novel Society
This third book in Alison Weir’s series on the six wives of Henry VIII tells us much of what we didn’t know about her life before becoming Queen ... I found this to be a first-class novel and have great respect for Alison Weir’s ability to create a fascinating story out of very little surviving documentation. She calls Jane an enigma, which adds to her fascination ... Weir has given us a great story from a turbulent age.
Read Full Review >>
Mixed Steve Donoghue,
Open Letters Review
Historian Alison Weir continues her series of mammoth Tudor historical novels ... but there's precious little nuance in Weir's book. Instead, readers get buckets and buckets of otherworldly grace and delicacy. Jane's brothers Thomas and Edward were as coarse and conniving a pair of climbers as were ever drawn to the flame of Court intrigue, but if we're to judge by personalities and world-views, Jane not only never talked with them, she very likely never met them ... When a novel's main character and narrative focus refers to herself as 'pure in heart' without the smallest trace of irony, you know you're in for a bit of a slog. Weir saves her novel from being a total quagmire largely through skills she's developed over decades of writing history: she knows how to fill a page with atmospheric historical details without ever seeming to do so, and she knows how to bring alive the passions and customs of an alien time ... Catherine may well have been tedious enough to qualify for sainthood, but a novelist who's willing to whitewash Anne Boleyn will certainly have no trouble draining the life out of a mere sketch of a character like Jane Seymour.
Read Full Review >>
Mixed Lisa Fernandes,
All About Romance
...a bit heavy on history, a bit light on the juicy melodrama, with some very old-fashioned storytelling tropes—in short, a solid novel although not a perfect one ... The Haunted Queen does several things well, including managing to combine a sense of drama with a sense of deep history, telling us new things about Jane that grow her beyond the innocent naïf the history books have cast her as. Yet while the historian in Weir often enlightens the author’s fiction, it sometimes sinks the book in overly-ornate detail ... The book is plenty romantic—well, if you like Henry the VIII’s ornate pleading and begging, followed by his hot-headed childishness and threatening rages. Jane is a good heroine to follow, and is interesting and not too sweet and soppy in this telling.
Read Full Review >>
See All Reviews >>
SIMILAR BOOKS
Fantasy

The Falcon's Eyes
Francesca Stanfill
Positive
What did you think of Jane Seymour, the Haunted Queen?
© LitHub | Privacy