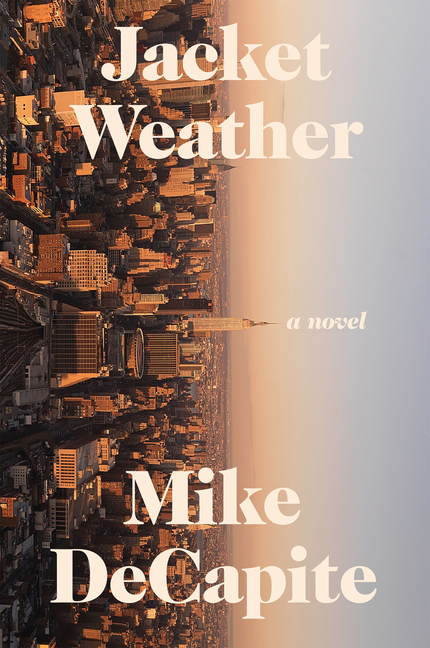 Mike knew June in New York's downtown music scene in the 80s. Back then, he thought she was "the living night—all the glamour and potential of a New York night when you're 25." Now he's twice divorced and happy to be alone—so happy he's writing a book about it. Then he meets June again.

What The Reviewers Say
Rave Alexander Moran,
Booklist
Wistful ... In clipped, stylized prose, this novel whisks through a decade of Mike’s life ... Effortlessly drifting through the years and narrative forms...this is almost a sepia-tinted look back at a man’s life and a past New York. DeCapite is a phenomenally skilled writer: Little happens here, but the dialogue is rich, believable, and often very funny, and this is a wonderfully unusual meditation on nostalgia and love.
Read Full Review >>
Positive Publishers Weekly
Spare and lyrical ... DeCapite has a poet’s eye for the city’s majestic details, and illustrates how his characters come to see the same things differently over the years. DaCapite ultimately shows how Mike and June can’t control the forces around them, but they can hold onto the memories that helped shape them, adding up to a worthwhile meditation.
Read Full Review >>
Positive Kirkus
This slice of contemporary life in New York City could have ended poorly...but DeCapite clearly has the acumen to make this brittle, sweet fable both romantic and realistic at the same time. The narrator, Mike, is a bit of a nonentity beyond the way we experience the world through his eyes ... DeCapite doesn’t dwell on the maudlin, instead constructing a narrative composed of equal parts Mike's angst and self-doubt, June’s enigmatic behavior, and Mike's exchanges with the old fellas at the 14th Street Y ... It’s a completely confounding relationship, which makes it feel so very real ... A sad but sweet song about the uncertainty of middle age and how funny it is when time slips away.
Read Full Review >>
See All Reviews >>
SIMILAR BOOKS
Fantasy

Win Me Something
Kyle Lucia Wu
Rave
What did you think of Jacket Weather?
© LitHub | Privacy