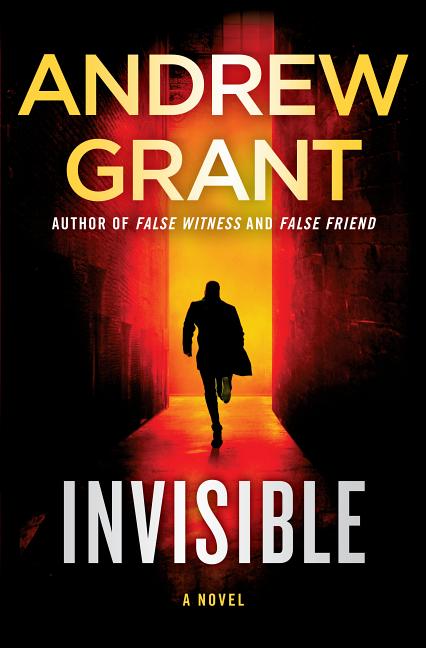 An Army veteran and intelligence agent goes undercover as a janitor at a federal courthouse to pursue his own brand of justice in a thriller that’s part John Grisham, part Robert Crais.

What The Reviewers Say
Rave Stuart Shiffman,
Book Reporter
It is enjoyable to kick off 2019 with a suspense novel that features a main character who resorts to guile and cunning rather than superhuman feats resulting in large body counts to accomplish his mission ... exhibits promising potential for future exploits ... McGrath has a plan that he follows with precision, and he is often one or two steps ahead of his opponents and his readers. Certainly there are the occasional suspensions of belief common to all suspense novels. But this fast-paced thriller will hold readers’ interest and attention. Andrew Grant indicates that McGrath will be back for more adventures. I will look forward to his next appearance.
Read Full Review >>
Positive Publishers Weekly
Grant capably combines a riveting plot and depth of character. His best outing to date, this standalone marks Grant as a rising genre star.
Read Full Review >>
Positive Kirkus
Another solid and entertaining thriller.
Read Full Review >>
See All Reviews >>
SIMILAR BOOKS
Fiction

The Devil Takes You Home
Gabino Iglesias
Positive
What did you think of Invisible?
© LitHub | Privacy