Invasion of the Spirit People 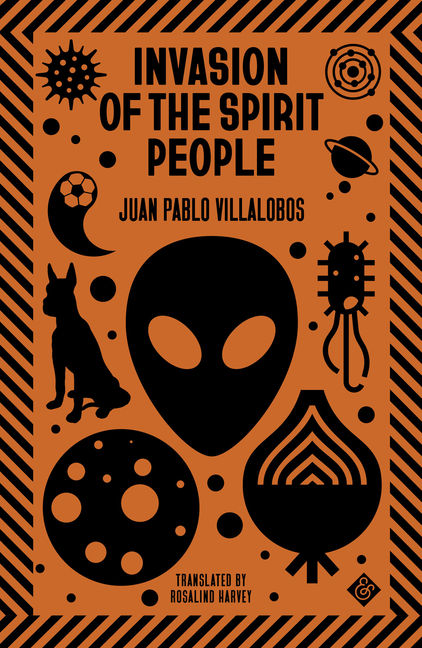 Juan Pablo Villalobos’s fifth novel adopts a gentle, fable-like tone, approaching the problem of racism from the perspective that xenophobia can only be fought with sheer absurdity.

What The Reviewers Say
Positive M.A. Orthofer,
The Complete Review
...an intriguing little novel about society and how it deals with (the many forms of) what is alien, the novel proceeding in an easy-going way in its short chapters but also with a decidedly uneasy, at times even sinister, underlying feel to it...Much of the appeal and success of the story also lies in its telling, the narrative voice and eye coming repeatedly to the fore, and reminding readers of its limitations...With its intentional vagueness, Invasion of the Spirit People can feel a bit meandering, but it's a successfully- and intriguingly-told story.
Read Full Review >>
Rave Kirkus
This is a book about xenophobia and racism and the conflicted tug between isolation and community...It makes a fine—and deliciously strange—addition to Villalobos’ already grand personal canon...Wrought with tenderness, wit, and a wonderful sense of absurdity, Villalobos’ latest novel is a triumph.
Read Full Review >>
Positive Publisher\'s Weekly
Villalobos returns with an on-point satire of immigration politics with the story of Gastón, an empathetic agriculturist who runs a small market garden...Gastón’s beloved dog, Kitten, is terminally ill; his best friend, Max, is on the brink of losing his restaurant of nearly 30 years; and Max’s son, Pol, has abruptly returned from doing research on a distant tundra...Meanwhile, the city is being transformed as newcomers—'Far Easterners,' 'Near Easterners,' and 'North Easterners'—buy out local businesses and open budget bazaars and corner stores on every block...Throughout, Villalobos hilariously sends up the ways in which racism and xenophobia sully the city’s strong cultural identity...Once again, Villalobos proves himself a jester.
Read Full Review >>
See All Reviews >>
What did you think of Invasion of the Spirit People?
© LitHub | Privacy