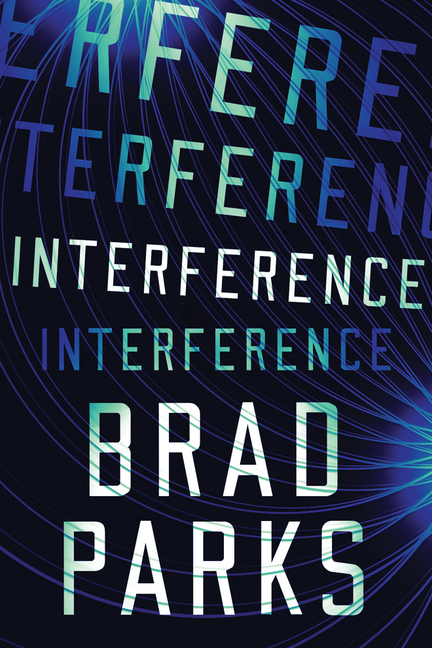 Quantum physicist Matt Bronik is suffering from strange, violent seizures that medical science seems powerless to explain--much to the consternation of his wife, Brigid. Matt doesn't think these fits could be related to his research, which he has always described as benign and esoteric. That, it turns out, is not quite true: Matt has been prodding the mysteries of the quantum universe, with terrible repercussions for his health. And perhaps even for humanity as a whole. From international bestselling author Brad Parks comes a thriller novel that explores the scientific unknown--and one woman's efforts to save her husband from its consequences.

What The Reviewers Say
Rave Ray Palen,
Bookreporter
... a great mix of scientific thriller and unique crime fiction, and Brad Parks happily throws in plenty of plot twists and red herrings to keep even the most astute mystery reader on guard. Interference is that ideal novel for a reader whose TBR list crosses genres as you are able to get a small handful of styles in one big quantum spoonful.
Read Full Review >>
Rave Kirkus
Parks unfolds a twisty tale about the kidnapping of a Dartmouth physicist whose recondite research has already been stalled by a mysterious malady ... Parks races toward a climax that mercifully leaves the game-changing, larger-than-life questions he’s raised behind. If it never lives up to its brainy premise, Parks’ suspenseful novel will beguile, entrance, and fool the sharpest readers.
Read Full Review >>
Rave Publishers Weekly
... intelligent, fast-paced thriller from Shamus Award winner Parks ... Readers will fully engage with the well-drawn characters as Parks convincingly reveals the science that buttresses the suspenseful plot. Michael Crichton fans won’t want to miss this one.
Read Full Review >>
See All Reviews >>
SIMILAR BOOKS
Fiction

Find You First
Linwood Barclay
Positive
What did you think of Interference?
© LitHub | Privacy