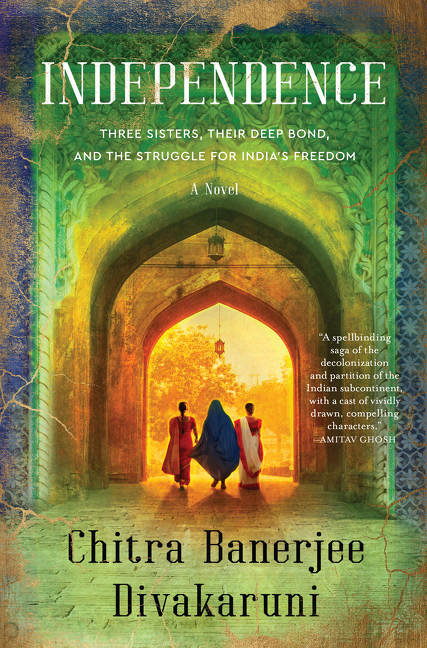 India, 1947. In a village in Bengal live three sisters, daughters of a well-respected doctor. Priya: intelligent and idealistic, resolved to follow in her father's footsteps and become a doctor. Deepa: the beauty, determined to make a marriage that will bring her family joy and status. Jamini: devout, sharp-eyed, and a talented quiltmaker, with deeper passions than she reveals. Theirs is a home of love and safety, a refuge from the violent events taking shape in the nation. Then their father is killed during a riot, and even their neighbors turn against them, bringing the events of their country closer to home. When the partition of India is officially decided, a drastic and dangerous change is in the air.

What The Reviewers Say
Rave Keira Soleore,
Booklist
With great attention to detail... Divakaruni tells a highly nuanced tale ... Woven throughout their stories is the violence, rage, and anguish of a divided nation, all stirringly depicted by Divakaruni in unforgettable prose.
Read Full Review >>
Rave Katie Noah Gibson,
Shelf Awareness
Divakaruni skillfully moves from her focus mainly on her characters' daily lives to zoom out and comment on widespread violence and unrest in the months before and after Partition ... Lyrical and richly detailed, Independence explores the implications of its title not only for a country, but for the young women who must learn to deal with a perilous, exciting new world.
Read Full Review >>
Rave Publishers Weekly
Divakaruni seamlessly weaves the political upheaval into the characters’ lives, including the nation’s bereavement after Gandhi’s assassination and Priya’s meeting with the female resistance leader Sarojini Naidu, while also depicting the beauty, vitality, and vastness of India. This is a must.
Read Full Review >>
See All Reviews >>
SIMILAR BOOKS
Fiction

Night Wherever We Go
Tracey Rose Peyton
Positive
What did you think of Independence?
© LitHub | Privacy