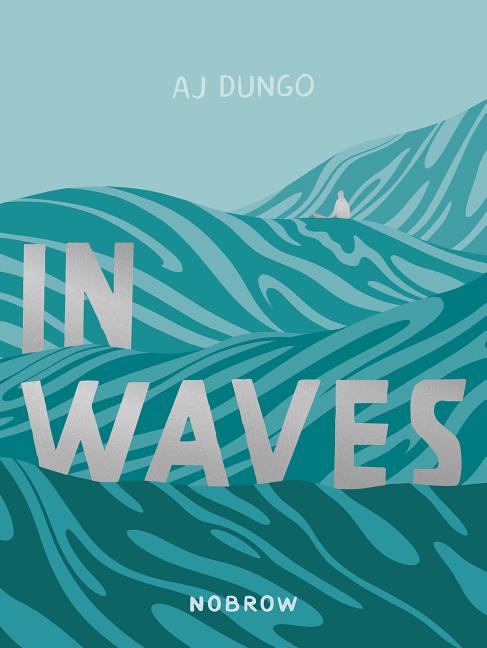 An illustrator explores a relationship cut tragically short after his partner, Kristen, battles with a swift-moving cancer. The couple shared a love of surfing, the history of which is explored in a narrative intertwined with that of their romance.

What The Reviewers Say
Rave Andy Oliver,
Broken Frontier
A fragile and heartfelt account of love and loss [the book] acts as both beautiful but unflinchingly honest memorial, and as a historical record of the development and the heroes of the surfing world ... the fluidity and motion of surfers in action is imaginatively captured throughout with the sea acting as a roiling canvas for the surfers’ art, dwarfing them in its natural magnificence. The liberal use of white space around images constantly invites us to stop, pause and reflect on the visual poetry of what we are observing ... It’s carefully realized in composition, portraying all the subtle idiosyncrasies, little conflicting nuances of interaction, and moments of tenderness and warmth that the reader needs in order to feel they are experiencing events rather than having them explained to them; the unsaid speaking far more eloquently here than the said ever could. In Waves is obviously a story where a sense of impending, inevitable sadness is a constant companion but it’s also, in its own delicate way, an accepting and hopeful read. Its greatest strength is that in this limited window into the lives of Kristen, her family and Dungo we connect with their stories so deeply that our empathy with events could not be more profound at story’s end. Expect this one to be on multiple ‘Best of’ lists at the end of 2019.
Read Full Review >>
Mixed Dominic Umile,
Los Angeles Times
In Waves has a rich history, but it’s secondary to an account of heartbreak ... Compared to its exacting surf studies, specifics on the couple—as well as the pair navigating Kristen’s painful physical battle together—are scant. Their connection comes into view at a slow clip ... Kristen’s personality and background aren’t built out, and we’re acquainted with her through other people. While the tracking of surf history from the tourism boon to 'Blue Crush' is linear and crisp, the In Waves pair’s eight years are free of substantial dialogue or any prominent attributes other than the gutting tragedy ... What’s unmistakable is Dungo’s well of adoration for Kristen and their shared affection for surfing ... The comic is...visually worshipful of the natural world and its vast waters, as Dungo remains 'consumed' with Tom’s idea that 'surfing could provide comfort to those who felt broken.'
Read Full Review >>
Rave Summer Hayes,
Booklist
Debuting comics artist Dungo weaves a beautiful memoir of love, loss, and surfing ... Dungo tells these stories with a sure hand, weaving time lines and seemingly disparate elements into a rich, cohesive tale. The simply drawn illustrations are elegant and economical but deeply powerful ... A beautiful tribute to first love and living life to its absolute fullest.
Read Full Review >>
See All Reviews >>
What did you think of In Waves?
© LitHub | Privacy