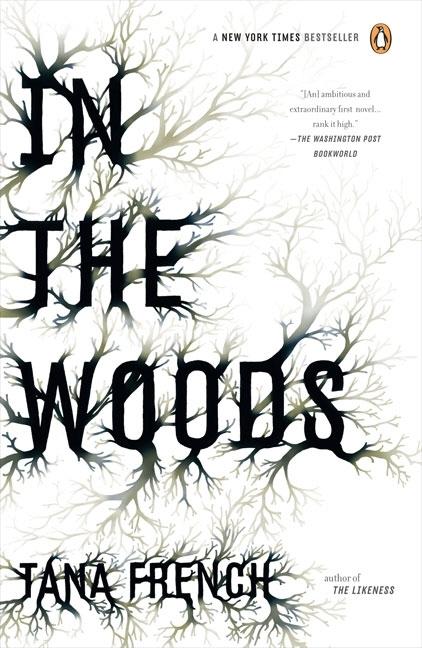 In a small Dublin suburb in the summer of 1984, mothers begin to call their children home, but three children do not return from the dark woods. When the police arrive, they find only one of the children gripping a tree trunk in terror, wearing blood-filled sneakers, and unable to recall a single detail of the previous hours.

What The Reviewers Say
Rave Nancy Pearl,
NPR
... part whodunit, part psychological thriller (à la Barbara Vine and Patricia Highsmith), and wholly successful ... As past and present crimes collide uneasily, French's plot twists and turns will bamboozle even the most astute reader, and the scene, close to the end of the novel, in which Cassie interrogates a suspect, will remain in your mind long after you finish the book. Because these characters are so well drawn, I almost wish French would write another novel about them, but a more sensible voice (my own) tells me that it wouldn't be the same and I should just be delighted to have found such a well-written, expertly plotted thriller.
Read Full Review >>
Rave Thomas Gaughan,
Booklist
... a superior novel about cops, murder, memory, relationships, and modern Ireland. The characters of Ryan and Maddox, as well as a handful of others, are vividly developed in this intelligent and beautifully written first novel, and author French relentlessly builds the psychological pressure on Ryan as the investigation lurches onward under the glare of the tabloid media. Equally striking is the picture of contemporary Ireland, booming economically and fixated on the shabbiest aspects of American popular culture. An outstanding debut and a series to watch for procedural fans.
Read Full Review >>
Positive Marilyn Stasio,
The New York Times Book Review
... the intricate design of [French's] storytelling is something of its own reward ... French is a bit too infatuated with her hero, giving as much gravitas to Ryan’s sophomoric romping with his tomboyish partner as she does to his speculations about Katy’s odd family and unreliable neighbors. But if they don’t play well as romantic partners, Ryan and Cassie pull their weight on the job, yielding cleareyed insights into the many layers of life in small Irish towns ... Although [French] overburdens the traditional police-procedural form with the weight of romance, psychological suspense, social history and mythic legend, she sets a vivid scene for her complex characters, who seem entirely capable of doing the unexpected. Drawn by the grim nature of her plot and the lyrical ferocity of her writing, even smart people who should know better will be able to lose themselves in these dark woods.
Read Full Review >>
See All Reviews >>
SIMILAR BOOKS
Fiction

The Devil Takes You Home
Gabino Iglesias
Positive
What did you think of In the Woods?
© LitHub | Privacy