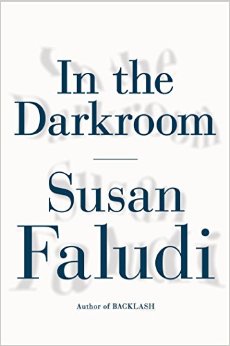 A memoir from the Pulitzer Prize-winning journalist about an astonishing confrontation with the enigma of her now transgender father and the larger riddle of identity consuming our age.

What The Reviewers Say
Rave Jennifer Senior,
The New York Times
In the Darkroom is an absolute stunner of a memoir — probing, steel-nerved, moving in ways you’d never expect. Ms. Faludi is determined both to demystify the father of her youth — 'a simultaneously inscrutable and volatile presence, a black box and a detonator' — and to re-examine the very notion and nature of identity. In doing so, she challenges some of our most fundamental assumptions about transsexuality ... in telling her father’s story, Ms. Faludi is also adding a layer of complexity to this evolving canon of literature, and she’s doing it with typical brio ... What Ms. Faludi eventually suspects is that her father’s late-in-life decision to change sexes may be determined by a much broader variety of personal and historical forces, and that gender, as she has long argued, is more fluid than we’d like to believe ... As In the Darkroom progresses, it becomes clear that Ms. Faludi’s father will always elude explanation. The real Rosebud the author provides is her own. Her identity as a feminist, she realizes, sprang from her father’s 'desperation to assert the masculine persona he had chosen.'”
Read Full Review >>
Rave Rachel Cooke,
The Guardian
Faludi is a mercilessly droll and careful writer. The emotional incontinence and narcissism that pass for insight and power in memoirs these days is not for her; being interested in facts, she is unlikely to play the dubious trump card of personal experience. All the same, I cried quite often as I read her book ... On the page, Stephanie is a huge character: Holocaust survivor, American dad, Magyar repatriate, overdressed shiksa. Her new identity is in a bizarre dance with the old ... Faludi’s book, reticent and elegant and extremely clever, will not be to everyone’s taste. But this doesn’t preclude it from being an out-and-out masterpiece of its kind.
Read Full Review >>
Mixed Julia M. Klein,
The Boston Globe
There is much to admire in Faludi’s memoir, whose zigzagging narrative encompasses tales of the Holocaust, a discussion of Hungary’s embattled legacy of 'self-pity and brutality,' and an interrogation of the links between culture and gender identity. At its center, though, is a particularly irritating antihero — a lout who is also a logorrhiac bore. Instead of the trope of transsexual as society’s victim, Faludi gives us a solipsistic victimizer whose troubles are, at least in part, self-inflicted. In lieu of being moved by his struggles, we are appalled by his boorishness — a testament to Faludi’s candor and lack of sentimentality, but also an impediment to involvement. Still, the inevitable arc is toward a hard-earned empathy.
Read Full Review >>
See All Reviews >>
What did you think of In the Darkroom?
© LitHub | Privacy