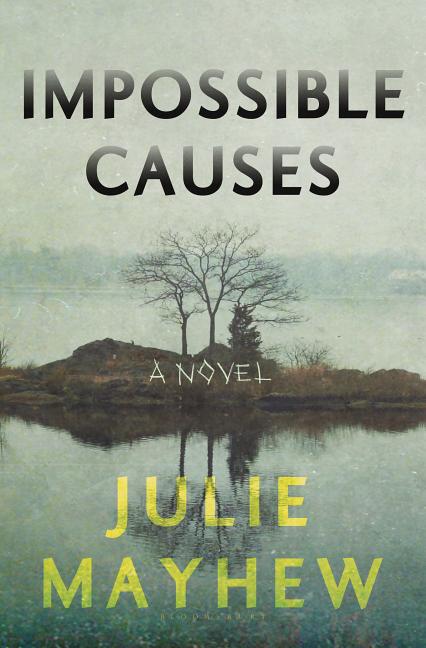 For seven months of the year, the remote island of Lark is fogbound, cut off completely from the mainland. Three strangers arrive before the mists fall. But the island is weighted with its own dark secrets, and now it is time for them to come into the light...

What The Reviewers Say
Mixed Ivy Pochoda,
The New York Times Book Review
Julie Mayhew’s adult debut...is anything but snappy; it’s a lengthy, murky mystery set on a remote English island ... Impossible Causes also jumps back and forth in time in ways that can be as foggy as the landscape the author evokes in passages of archaic prose. Yet the picture that emerges is an important one, concerning itself with the external governance of women’s bodies, their actions and their fates — a theme not confined to the remote Lark ... In the end, the truth of the matter is all too common, but it takes on a particular resonance among the innocent islanders of Mayhew’s creation.
Read Full Review >>
Positive Henrietta Verma,
Booklist
While the narrative jumps back and forth in time can be muddling, the novel effectively probes the teenage psyche while offering a compelling look at the perils of an insular society. A great read-alike for Malin Persson Giolito’s Quicksand...and the Netflix series it spawned.
Read Full Review >>
Mixed Publishers Weekly
YA author Mayhew...makes her adult debut with an atmospheric, if disjointed, thriller ... The characters’ indistinguishable sameness and awkward shifts between past and present will have readers scrambling to keep the story straight and understand whose voice is telling it. That said, Mayhew delivers some memorably creepy moments.
Read Full Review >>
See All Reviews >>
SIMILAR BOOKS
Fiction

Before She Disappeared
Lisa Gardner
Rave
What did you think of Impossible Causes?
© LitHub | Privacy