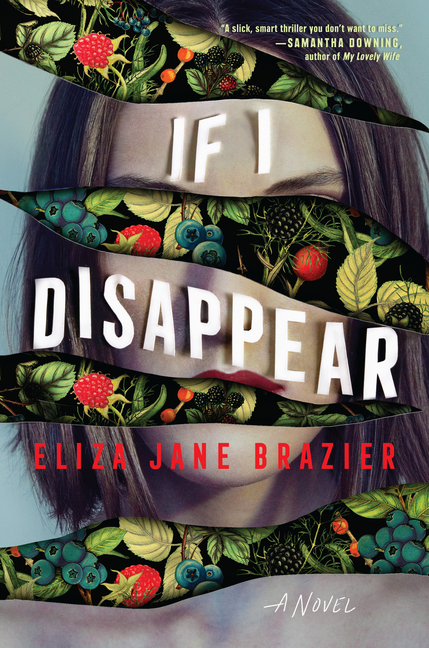 When her favorite true-crime podcast host goes missing, an adrift young woman plunges headfirst into the wild backcountry of Northern California and her own dangerous obsession.

What The Reviewers Say
Rave Erin Fleming,
PIttsburgh Post-Gazette
Ms. Brazier builds a convincing atmosphere of the isolation on the ranch. Sometimes isolation is what we crave, especially when the world becomes too much ... Once at the house, the story’s pace quickens, revealing the secrets. I didn’t see these secrets coming at all, and I’d like to think I’m good at figuring things out from scattered clues. This author is a breath of fresh air in an oversaturated, congested world of thrillers. Watch out, Gillian Flynn—mystery thrillers have a new ingenue and her name is Eliza Jane Brazier.
Read Full Review >>
Rave Brenna Ehrlich,
Rolling Stone
A skillful dissection of true-crime podcast culture and those obsessed with it, this new novel has more twists and fakeouts than an episode of Serial ... The thriller genre relies heavily on plot, but despite boasting such a complicated one, If I Disappear never falls into the all-too-common trap of half-drawn characters and cardboard motivations ... Side characters are similarly rich ... In a world where the misery of others is often mined for entertainment — whether it be via podcasts or documentaries — If I Disappear throws into sharp relief how desensitized we can become when we treat real life like a game.
Read Full Review >>
Positive Savannah Dorsett,
Booklist
In this disquieting read, Brazier makes great use of setting, an isolated off-season campsite with plenty of room to bury a body or two. The first-person perspective, brimming with self-loathing and paranoia, only ups the sense of anxiety—although having the narration directed toward an unnamed 'you' is a sometimes annoying device. In addition, promising threads concerning societal pressures and our need for human connection are abandoned in favor of plot twists and a shock ending that doesn’t shock. Still, this is a good choice for true-crime fans and will also appeal to those who favor mysteries with a dark tone.
Read Full Review >>
See All Reviews >>
SIMILAR BOOKS
Fiction

The Maid
Nita Prose
Positive
What did you think of If I Disappear?
© LitHub | Privacy