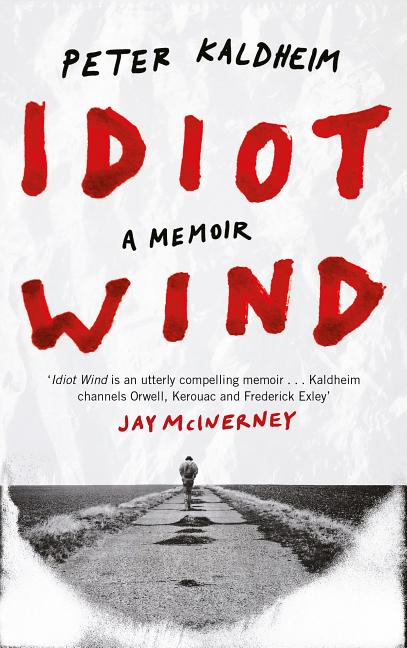 Fearing for his life after a Manhattan drug scam went awry, Kaldheim boarded a bus to get as far away as he could afford, with nothing but regrets to accompany him. In his memoir, Kaldheim recounts his life on the road, his fight with addiction, and ultimately his path to redemption.

What The Reviewers Say
Positive Robbie Millen,
The Times (UK)
... a warm-hearted and witty mix of Jack Kerouac’s On The Road and George Orwell’s Down and Out In Paris and London. If you ever needed a manual for being a 'civilised tramp', as Kaldheim describes his old self, you’d do well to study this book ... Kaldheim is disarmingly honest about his failings ... Kaldheim is a good guide to the psychology of the boozer ... it’s not a depressing or angry read. Rather, he is a witty observer; he took notes at the time that he has no doubt embellished, 30 years later in this his first book ... Kaldheim does not rail at Mommy and Daddy or society or consumerism or capitalism. Nor does he finger-wag or preach ... Instead, he recalls the many little acts of kindness and generosity — from strangers, priests, fellow tramps, welfare officers — that helped him back into the mainstream after his tramps life.
Read Full Review >>
Positive Martha Anne Toll,
NPR
I'm not sure I would have argued for another memoir in which a white man's life implodes from alcohol and cocaine addiction. But now comes Idiot Wind by Peter Kaldheim, its title from the Bob Dylan song, with something to offer ... Kaldheim channels his inner Jack Kerouac to guide him, and conjures additional substance-abusing, macho, white writers. Frederick Exley, Jay McInerney, Ernest Hemingway, Henry Miller, and others make appearances. Perhaps as a consequence, Kaldheim's language can feel dated ... Fortunately, Idiot Wind picks up steam on the road, with some train hopping thrown in ... Even if we weren't in need of another road-trippy-addiction memoir, Idiot Wind recounts Kaldheim's very human efforts to swim to shore with compassion and gratitude.
Read Full Review >>
Mixed Jason Hess,
Booklist
This is a road memoir heavily influenced by Kerouac’s On The Road, which Kaldheim mentions repeatedly. It’s a look into a life seemingly lived with the intention of writing a memoir. The book risks turning off readers who don’t share Kaldheim’s reverence of Kerouac, but it’s a risk he mitigates with a compelling story given in a direct voice that doles out brief character sketches in droves. Slightly marred by an abrupt afterword, a summary that could be fuel for a follow-up, Idiot Wind is a reminder that great personal nonfiction can appear at any time.
Read Full Review >>
See All Reviews >>
What did you think of Idiot Wind?
© LitHub | Privacy