I Give It to You 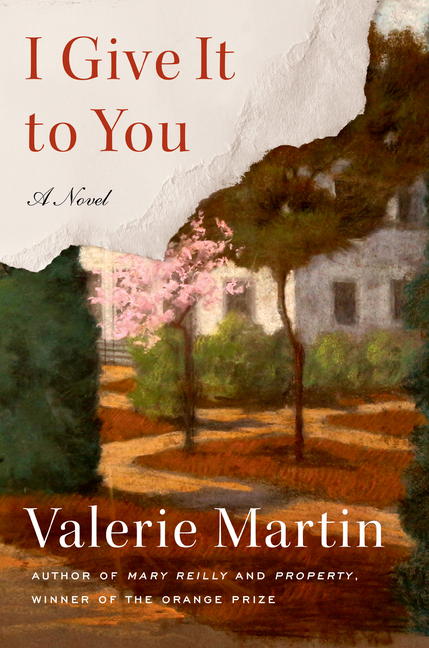 When Jan, an American academic, rents an apartment in a Tuscan villa for the summer, she plans to spend her break writing a biography of Mussolini. Instead, she finds herself captivated by her hostess, the elegant, acerbic Beatrice and becomes intrigued by an account of Beatrice's uncle, who was mysteriously killed on the grounds at the conclusion of the war.

What The Reviewers Say
Rave Christobel Kent,
The Guardian (UK)
...immensely satisfying ... A novelist and an academic at an American university, Jan is thus far a safe bet as avatar for the prizewinning Martin herself – though this assumption, as so many in this beautifully fractal novel, is challenged and unpicked as the narrative progresses ... Slyly, seductively, teasingly, extended over a friendship that lasts a decade and more, Martin’s novel threads together Jan’s beguiled interpretation of her hostess’s life...and embeds it in a wider narrative that includes a leisurely, amused analysis of the creative process and its ongoing battle with the intrusions and outrages of 'real life', the daily existence that is banal and demanding and – just occasionally – stranger than fiction ... At once braced and embraced by their sturdy frame of ironical, philosophical and creative inquiry, cleverly plotted and packed with great characters, both Jan’s creative struggles and her beautifully wrought stories of the Salviati family lift themselves effortlessly free of their source material, whatever or wherever that may be. They demonstrate the enchanted moment when words on a page rise by virtue of the alliance of a mysterious grace and sheer hard work, and create magic.
Read Full Review >>
Positive Alida Becker,
The New York Times Book Review
The stories at the heart of Valerie Martin’s latest novel...are freely, but not always innocently, shared. And what Martin’s narrator does with them raises prickly questions of ownership, artistic license and ethical responsibility ... As the evidence accumulates, she composes a scattering of stories that are interwoven with the novel’s contemporary narrative, seeking the roots of the Salviatis’ personal drama as far back as the beginning of the last century. 'Do you like it?' Beatrice asks after sharing one provocative reminiscence. 'I give it to you.' But when that seemingly casual gift is transformed into a published book, she might change her mind.
Read Full Review >>
Rave Publishers
Where does history stop and invention begin? That’s the question guiding Valerie Martin’s splendidly wily new novel ... Martin’s prose, while effortlessly readable, can take deliciously unexpected turns ... As enticing as the Salviati family’s history is, it’s the sense of a game being played on multiple levels that lends I Give It to You its deepest powers of seduction ... Jan’s authorly powers seem well suited to the stories that Beatrice drops in her lap. But as the book circles toward the death of Uncle Salvio in the Villa Chiara’s driveway, its suspense has less to do with specific events disclosed than with the uncertainty as to how the story will land. After all, when you give someone a gift — think of a model offering to sit for a portraitist — certain expectations may come with it ... Martin makes the most of those expectations.
Read Full Review >>
See All Reviews >>
SIMILAR BOOKS
Fiction

Jeeves and the Leap of Faith
Ben Schott
Mixed
What did you think of I Give It to You?
© LitHub | Privacy