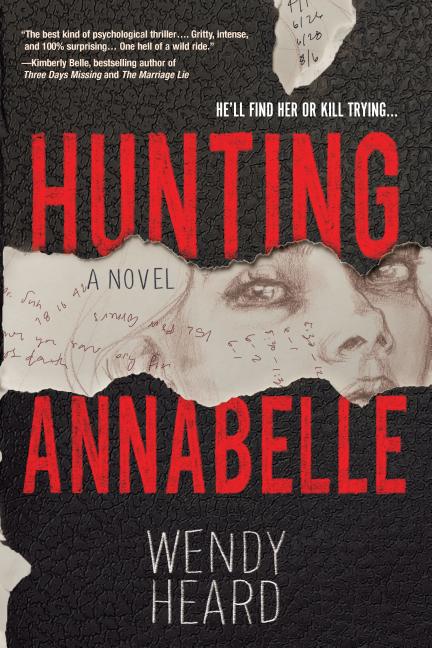 In this debut thriller set in Austin in the 1980s, a former killer named Sean Suh has vowed to put his violent past behind him. But when Annabelle goes missing, Sean becomes a suspect and sets out to find her and clear his name.

What The Reviewers Say
Positive Megan Elliott,
Bookreporter
...gripping ... Author Wendy Heard makes a bold choice in asking readers to identify with Sean, a confessed killer of women who hasn’t quite tamed his violent urges ... Heard excels at setting a tense creepy mood, but as the novel hurtles toward its conclusion, a few too-hard-to-swallow plot twists take things in an implausible direction that doesn’t gibe with what’s come before. But despite a flawed third act, Hunting Annabelle entertains with a story that raises questions about guilt, justice, and if violent, mentally ill criminals can ever be truly cured.
Read Full Review >>
Positive Amitra Gates,
Library Journal
A promising debut from Heard, this dark, gritty thriller keeps the pages turning, making this a solid pick for readers who enjoy a trip through an unstable mind, such as in Caroline Kepnes's You.
Read Full Review >>
Mixed Publishers Weekly
...suspenseful if contrived ... Heard hooks readers with her intriguing premise and complex protagonist, but stumbles during the final third of the book with a dizzying series of unbelievable plot twists. Still, fans of psychological thrillers will be curious to see what she comes up with next.
Read Full Review >>
See All Reviews >>
SIMILAR BOOKS
Fiction