How the Dead Speak: A Tony Hill and Carol Jordan Thriller 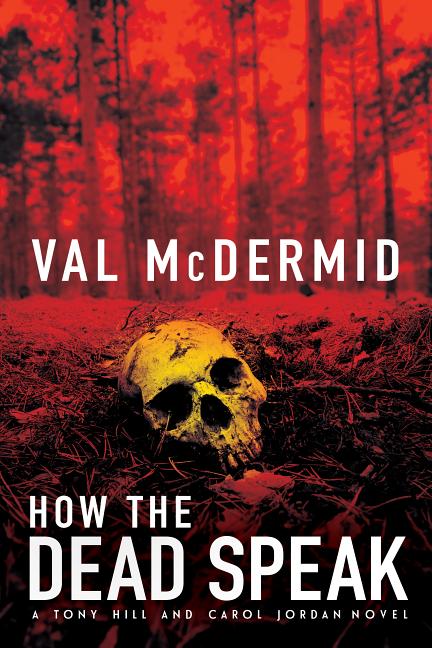 The latest in internationally bestselling crime writer Val McDermid's series, How The Dead Speak reunites Tony Hill and Carol Jordan after a mysterious skeleton turns up on the grounds of an old orphanage.

What The Reviewers Say
Positive Stuart Kelly,
The Scotsman (UK)
There are numerous plot lines in this novel, and they are elegantly choreographed and intertwined...Despite these very disparate elements, the whole coheres through some very deft plotting ... This kind of thematic chiming holds the book together, which is quite an achievement when your two principal characters, whose interactions have been so key to previous novels, are not able to converse ... It would have been easy to do a hatchet job on the Catholic Church, but some of the novel’s most moving scenes involve the elderly nuns, and McDermid does fine work actualising and humanising ... I do not think it is any kind of spoiler to say that McDermid fashions a finale which tees up the next thriller in this sequence admirably. It is also almost comical in places.
Read Full Review >>
Positive Joe Hartlaub,
Bookreporter
...a transitional entry in the series and perhaps McDermid’s most complex book to date ... How The Dead Speak clips right along. McDermid’s numerous plotlines are easily distinguishable from each other, and when they intersect (as we know they must do), their crossing is neither strained nor obvious. There quite simply isn’t a good place to stop reading the book until its satisfying conclusion, which pulls off the neat trick of resolving everything on a potential up note while leaving readers waiting impatiently for the next installment.
Read Full Review >>
Positive ROMAN AUGUSTOVIZ,
The Minneapolis Star Tribune
This prolific Scottish writer can spin a crime tale ... Other than minor complaints about the opening and the ending, How the Dead Speak is a compelling read, with multiple developing plots. Yet it’s easy to follow them all and the dialogue keeps one interested with a British touch added: bollocks, gov, bloke et al ... But the reader is left to wonder exactly how Hill and Jordan got into the predicaments they are in. Must have been in the previous book in this series. This is the 11th...And book No. 11 ends with one of its big plots unresolved. Must be in the next book ... Those are minor quibbles, though. Overall, McDermid grabs you and won’t let you go with this book, which is filled with a large, diverse cast of characters, and compelling story lines. I’ve just read How the Dead Speak a second time in a span of a few months and enjoyed it just as much.
Read Full Review >>
See All Reviews >>
SIMILAR BOOKS
Fiction

Before She Disappeared
Lisa Gardner
Rave
What did you think of How the Dead Speak: A Tony Hill and Carol Jordan Thriller?
© LitHub | Privacy