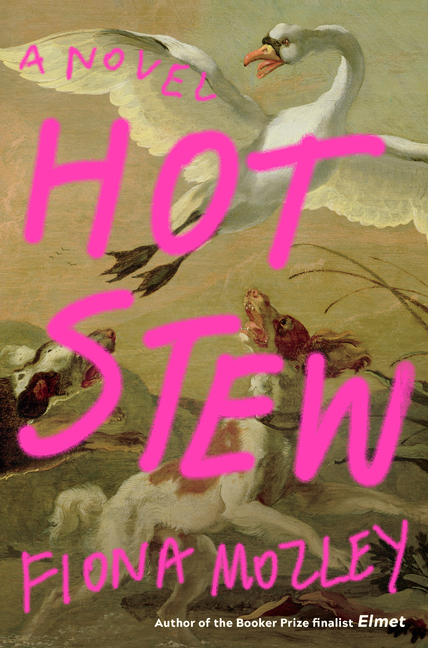 A story of class, gender and property ownership told through the interconnected lives of the residents of one London building and the real estate heiress who wants to tear it down.

What The Reviewers Say
Positive Lucie Shelly,
The Irish Times (IRE)
Despite so many characters, the novel doesn’t flail, it succeeds as a force ... To direct so many through a labyrinthine story in just over 300 pages is a kind of mastery. The careful ingredients of Hot Stew combine to expose the potency of old narratives ... in every conceptual detail, possibly to exhaustion, Hot Stew presses its truth about sex. Or maybe it doesn’t—maybe that sensation is less the writer’s touch and more the reader’s eye: once you see it, it’s everywhere.
Read Full Review >>
Positive Rachel Campbell-Johnston,
The Times (UK)
The novel, a complex mosaic of urban life, has an extensive dramatis personae ... Worried that I might get confused, I started jotting their names down and drawing lines of connection between them. I ended up with a spiderweb scrawl. Not that I needed it. Just when I thought I had reached the point when I couldn’t meet another person, the superficial introductions stopped and the deeper story began to play out ... This novel works a bit like Soho itself. It starts one lunchtime, midsummer, on a street corner at a restaurant table. You begin to take note of the place and its people and their often faintly bewildering habits. Mozley’s prose is simple but acute — if sometimes a little too much like a screenplay. Her piecemeal observations of appearances, habits and actions, her fragments of direct speech like snippets of overheard conversation, her sudden quick plunges into the mind of a character slowly build, snippet by snippet, adding texture and understanding ... Mozley is adept at descriptive detail that doubles as an aperçu ... Stock characters develop swiftly into believable people ... The Soho Mozley captures with such intensity is not a mere locality. It is a microcosm of swarming humanity.
Read Full Review >>
Mixed Beejay Silcox,
The Times Literary Supplemet (UK)
Fiona Mozley’s Hot Stew is a tale of villainous gentrification inspired by those Soho raids ... a novel of ownership and kinship, domain, dominion and dirt. But where Elmet was quiet and clenched, Hot Stew is gregarious. Mozley has traded Yorkshire gothic for West End burlesque... Hot Stew corrals a bustling cast, ensnared in a web of politics, intimacy and power ... a surprisingly decorous novel. It borders on the squeamish about the squelching, ordinary realities of bodies and desire, while kinks become glib punchlines. Mozley is decorous about the politics, too ... At its best, it recalls the kind of capacious, rollicking satires Britain produced in and around the Thatcher era – ambitious, scathing and damn good fun. If only Hot Stew had more heat.
Read Full Review >>
See All Reviews >>
SIMILAR BOOKS
Fiction

Aesthetica
Allie Rowbottom
Positive
What did you think of Hot Stew?
© LitHub | Privacy