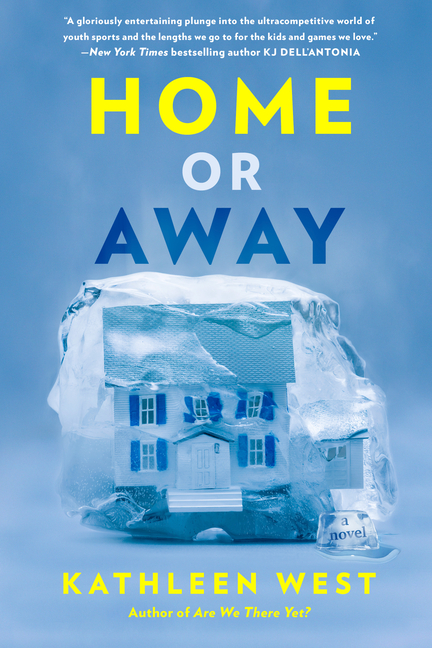 Once Leigh and Susy were close friends and teammates bound for Olympic hockey gold, but when Leigh's sure-fire plan to make the final roster backfired, she left everything behind to start over, including the one person who knew her secret. Two decades later, Leigh's a successful investment banker, happily married, and the mom of a hockey prodigy, so when a career opportunity lands the family back in Minnesota, Leigh takes the shot for her kid. Back in the ultra-competitive world she left behind, the move puts her in Susy's orbit, a daily reminder of how Leigh watched from the sidelines as her former teammate went on to Olympic glory.

What The Reviewers Say
Positive Cynthia Dickinson,
Star Tribune
Leigh is the most fully realized and compelling character in West's catalog; recognizable, if not exactly relatable ... West captures the kid hockey scene with blade-sharp precision (particularly in the chirpy-yet-bullying missives from the team's parent-manager). And although she again relies on chapters told variously through different characters, Leigh's voice rises above the roar of the crowd.
Read Full Review >>
Rave Stephanie Turza,
Booklist
With alternating narrators, West sets Gus’ youthful exuberance against Leigh’s hesitant acceptance of her past, and in the process gives Leigh the agency to understand her own history as a desperately focused young individual at the mercy of a power-hungry coach ... [A] nuanced, heartfelt novel.
Read Full Review >>
Positive Publishers Weekly
Charming ... While a few too many hockey practices and Leigh’s perseverating on her past relationship with Jeff drag on the narrative, West makes palpable her characters’ love for the game. This offers a sincere and thoughtful study of dedication and sacrifice.
Read Full Review >>
See All Reviews >>
SIMILAR BOOKS
Coming Soon

Take No Names
Daniel Nieh
Positive
What did you think of Home or Away?
© LitHub | Privacy