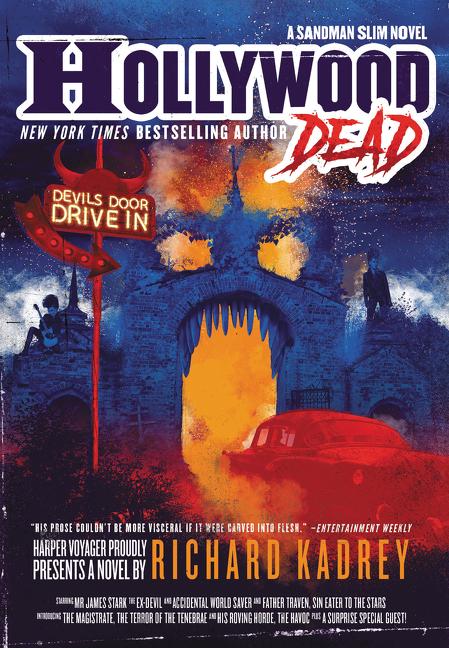 What The Reviewers Say
Rave Bjorn Svendsen,
ZYZZYVA
Hollywood Dead is the tenth novel in Richard Kadrey’s bestselling urban fantasy/noir series featuring the half-human, half-angel James Stark, AKA Sandman Slim. Stark has made a career of fighting supernatural threats; first as a monster slayer in the gladiatorial arenas of Hell, and later against rebel angels, demons, and magicians willing to sell their souls in exchange for power ... New readers are missing out on nine great books if they start here, but relevant backstory is woven into the narrative without information dumps. Hollywood Dead is an entertaining read, and fans of the series will not be disappointed.
Read Full Review >>
Rave Publishers Weekly
James Stark, also known as Sandman Slim, is partially back from the dead and hoping to earn his way all the way back to life in his terrifically over-the-top 10th magical slugfest ... A lot of pain and blood ensues, mostly Stark’s, but luckily, this wisecracking antihero has new friends and old to assist him. The nonstop action and dark humor will thrill urban fantasy fans, including those new to the series.
Read Full Review >>
Rave Richard Kadrey,
Fantasy Literature
The upfront plot of Hollywood Dead is fast-paced with plenty of curves and twists, as we’ve come to expect. The real power of the book is Stark’s attempt to re-enter his earthbound, human life after being dead and in Hell for a year ... I was pleased to see the series return to the grotesque, dynamic Cadillac desert that is Los Angeles. The plot, and many questions in Stark’s life, are as resolved at they can be for someone like him, but Hollywood Dead — and Stark — is poised for many more strange adventures.
Read Full Review >>
See All Reviews >>
SIMILAR BOOKS
Fiction