Hesse: The Wanderer and His Shadow 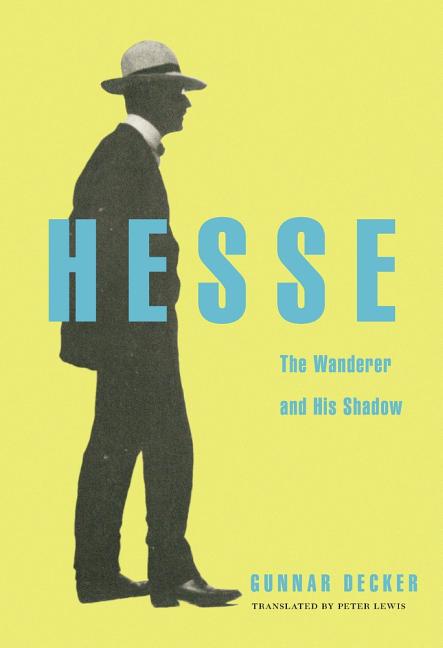 Against Nazi dictatorship, the disillusionment of Weimar, and Christian austerity, Hermann Hesse's stories inspired a nonconformist yearning for universal values to supplant fanaticism in all its guises. He reenters our world through this biography as a champion of spiritual searching in the face of mass culture and the disenchanted life.

What The Reviewers Say
Positive Christoph Irmscher,
The Weekly Standard
For Gunnar Decker, a supremely empathetic biographer, the fact that Hesse wasn’t particularly pleasant to be with is a challenge rather than a problem. A master of biographical ventriloquism, he peppers his prose, congenially translated by Peter Lewis, with frequent exclamation marks meant to signal agreement with his crotchety subject and delivers pages of indirect interior monologue that would have done Flaubert or Zola proud, ranging from the basic ('What was he to do?') to the philosophically elevated ('How could he ever turn this chaos into an order that he trusted?') ... Decker’s goal is to make us like Hesse, and the fact that he almost succeeds is a testament to his skill.
Read Full Review >>
Positive PD Smith,
The Guardian
Decker’s wonderfully rich, insightful biography is a welcome reminder of Hesse’s painfully honest exploration of selfhood and is destined to become the standard work on this difficult, reclusive and often self-destructive writer.
Read Full Review >>
Pan Michael Cronin,
The Irish Times
Hesse’s reputation has fluctuated greatly since his death in 1962 and the translation of this new biography of Hesse by Gunnar Decker is unlikely to win the writer any new admirers. Decker insists on being the life and soul of the biographical party and the narrative is dogged by portentous, self-regarding comments that try the patience of even the most accommodating reader ... The text is stuffed with exclamation marks which, as the poet W.H. Auden once remarked, is like laughing at your own jokes and the metaphors on occasion are hobbled by their own unrepentant banality[.]
Read Full Review >>
See All Reviews >>
What did you think of Hesse: The Wanderer and His Shadow?
© LitHub | Privacy