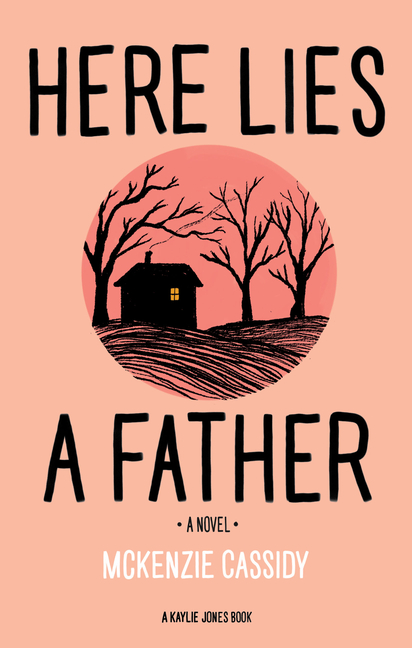 Fifteen-year-old Ian Daly's moral universe is turned upside down when, at this father's funeral, he discovers that his father had two secret families.

What The Reviewers Say
Rave Lisa K. Roeder,
Southern Review of Books
Accomplished writer McKenzie Cassidy stuns with his beautiful debut novel ... Told as a classic coming-of-age story, Cassidy’s narrator, fifteen-year-old Ian Daly, is a nuanced combination of the naivete of Huckleberry Finn and the shrewdness of Holden Caufield. This combination is highly effective, as Ian’s voice is both fresh and compelling. It is easy to be drawn into Ian’s world as he sets out on a solitary journey, one that begins at a funeral and ends at a wedding. Cassidy fills the space between these two touchstones with richly drawn characters, haunting landscapes, and rough emotional terrain. His protagonist is undaunted and determined to soldier on in search of something he cannot quite articulate, at least not at the start of his journey ... a thoughtful and tender exploration of a boy’s passage from adolescence to adulthood, a passage that is both excruciating and enlightening for Ian Daly.
Read Full Review >>
Positive Publishers Weekly
In Cassidy’s engrossing debut, a teenager in upstate New York makes a painful discovery about his late father ... Still, the author convincingly depicts the ways his sensitive, turbulent protagonist navigates the murky period between adolescence and adulthood. Cassidy’s distinctive coming-of-age story will move readers.
Read Full Review >>
Positive Kirkus
Fifteen-year-old Ian Daly is a curious combination of hard-bitten adolescent and walking blind spot, a naïve old soul who knows too much and not nearly enough. Ian makes a compelling narrator, the heart and soul of Cassidy’s debut novel. In a sense, he’s so self-aware that he comes to realize he isn’t ... The novel’s vivid upstate New York universe of blue-collar neighborhoods gives Ian’s surroundings a heavy coat of realism, as do the insecurities, sexual and otherwise, suffered by Ian and his few friends. Ian is a worthy literary cousin of Holden Caulfield, another kid with little tolerance for fakes and phonies and too much hard-won skepticism for his age. The grown-ups have let Ian down; now he must create himself.
Read Full Review >>
See All Reviews >>
SIMILAR BOOKS
Fiction

A Man Named Doll
Jonathan Ames
Positive
What did you think of Here Lies a Father?
© LitHub | Privacy