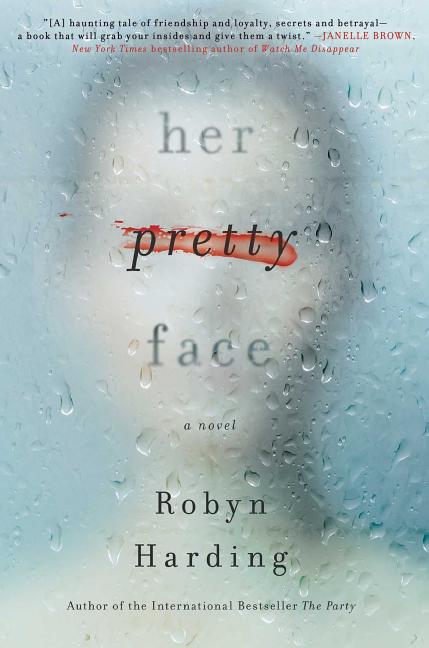 A friendship between two very different women is threatened when long-buried secrets rise to the surface.

What The Reviewers Say
Positive Sue Carter,
The Star
...Harding’s new novel, Her Pretty Face, unfolds through multiple narratives and flashbacks. There’s Frances, a fierce mama who enrols her son, Marcus, in a private school after he is diagnosed with ADHD and oppositional defiance disorder. Her hopes for a fresh start are quashed after a disturbing schoolyard incident involving Marcus, and both mother and son find themselves ostracized by the school community; in particular, by the yummy-mommies whom Frances daydreams of harming in creative ways. Frances’s isolation is relieved when she meets new-to-town Kate, who is wealthy, model-beautiful and equally disdainful of the school’s elitism. The two bond quickly, as do their sons ... Her Pretty Face is a work of fiction that probes the complexities of women’s friendships, and not a retelling of a violent story.
Read Full Review >>
Mixed Susan Maguire,
Booklist Online
...Kate’s son, Charles, is Marcus’ only friend, so the two mothers are drawn even closer together. Both women have a secret, but only one of them is the notorious Amber Kunik, who served time for her part in a brutal murder 20 years ago ... The reader never knows quite whom to trust as the past and present unfold. The characterization of the two overweight characters—as pathetic outcasts—is problematic. Still, the tony setting and the slowly revealed secrets make this a good read.
Read Full Review >>
Positive Rebecca Munro,
Bookreporter
...a domestic thriller perfect for fans of B.A. Paris, Megan Miranda and Liane Moriarty ... Reading about the trial through his young eyes is painful but illuminating. Harding really dives into the depths of evil here, and her stark, vivid writing never once holds back ... Harding is an adept and skillful writer who writes suspense remarkably well, with seemingly little effort. That said, in Her Pretty Face she gives away just a bit too much too early on ... Still, there is enough depth in Harding’s writing to make this a solidly enjoyable novel, with just the right amount of suspense to make it a real page-turner.
Read Full Review >>
See All Reviews >>
SIMILAR BOOKS
Fiction

Dirt Creek
Hayley Scrivenor
Rave
What did you think of Her Pretty Face?
© LitHub | Privacy