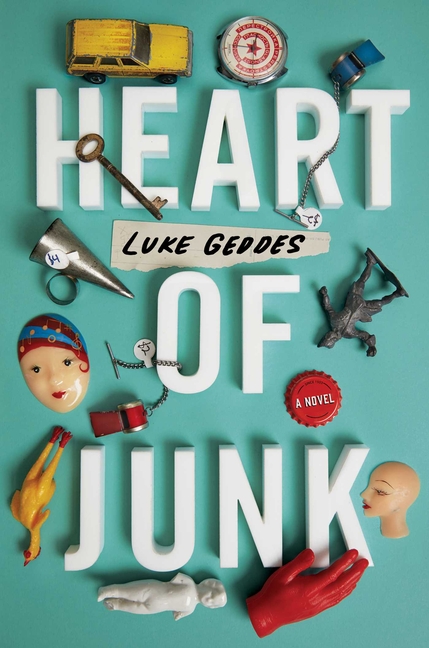 A debut novel about an eclectic group of merchants at a Kansas antique mall who become implicated in the kidnapping of a local beauty pageant star.

What The Reviewers Say
Positive Brock Kingsley,
The Chicago Review of Books
Geddes employs a third-person limited point of view, introducing each character in a sort of vacuum. And this is the joy of the novel. Geddes shapes and molds each character in relation to the stuff they own, sell, and covet ... Not only does the use of objective correlative provide a vivid psychological representation, it also implicates us, the reader: what you carry, what you wear, what is it transmitting to those around you? Geddes knows which characters to stick with, and which ones to move on from. Some are better drawn than others, but it is to Geddes’ credit that each are imbued with their own voice and vitality ... There is little action in the novel—lots of thinking, lots of talking—but when it is time for doing (and big, important things are done), the action serves as revelation and allows for real, meaningful change in more than one character ... Geddes doesn’t so much skewer our current materialistic society as pick at it. Picks at it until it starts to bleed enough that we have to take notice. Take notice of the stuff we use to tell the world who we are, or who we want to be seen as, at least.
Read Full Review >>
Mixed Sam Sacks,
The Wall Street Journal
... there are a few enjoyable deep dives into the musty subculture of antique selling. Disappointingly, Mr. Geddes treats that subculture largely as a backdrop for zany eccentrics. The comedy is aggressively quirky, a word that should be listed as an antonym of 'funny' ... In the novel’s most torturously contrived twist, a lonely, misunderstood deltiologist—or postcard hobbyist—accidentally kidnaps a toddler, which sets the novel’s few plot gears into creaky motion.
Read Full Review >>
Rave Jason Hess,
Booklist
Geddes has successfully woven a slightly dark comic mystery into the heart of a novel comprised of extended third-person character sketches ... The writing here is hilarious and poignant, inviting belly laughs and thoughtful, genuinely moving introspection on how what we collect comes to define us.
Read Full Review >>
See All Reviews >>
SIMILAR BOOKS
Coming Soon

Night of the Mannequins
Stephen Graham Jones
Rave
What did you think of Heart of Junk?
© LitHub | Privacy