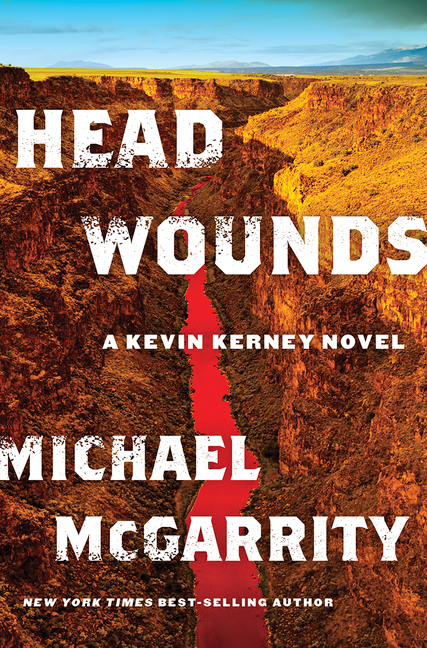 Clayton Istee, son of retired police chief Kevin Kerney, goes up against an elusive Mexican hitman in a story of murder, revenge, and redemption.

What The Reviewers Say
Positive Joe Hartlaub,
Bookreporter
... has a somewhat meandering plot that settles down about two-thirds of the way through. As always, McGarrity’s descriptions of the people and places on both sides of the southern border of the United States make for terrific reading, and the journey through the tale is more than worth it, regardless of who is and isn’t prominently featured. It is a fitting end to a well-crafted series.
Read Full Review >>
Positive Bill Ott,
Booklist
McGarrity’s series has always contained elements of noir, procedural investigation, and domestic drama, but here the color palette is more dark than light, as a confrontation looms between two men who would prefer to find a separate peace. A stirring conclusion to a fine series.
Read Full Review >>
Rave Publishers Weekly
... exceptional ... Superior prose, expert plotting, and believable characters make this a standout. Fans of gritty crime novels will be rewarded.
Read Full Review >>
See All Reviews >>
SIMILAR BOOKS
Fiction

Find You First
Linwood Barclay
Positive
What did you think of Head Wounds: A Kevin Kerney Novel?
© LitHub | Privacy