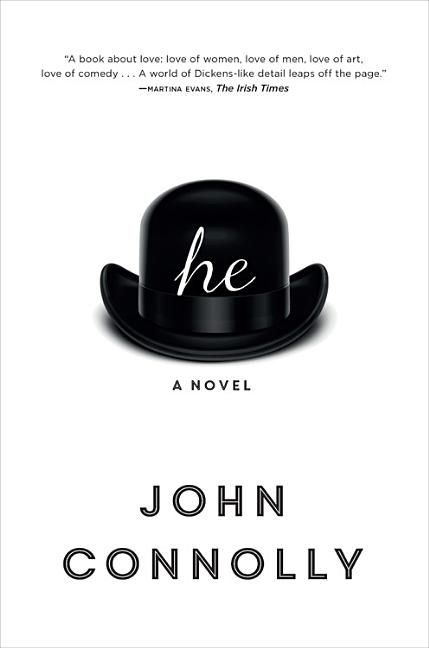 A novel about the comedian Stan Laurel's wildly successful and tender partnership with Oliver Hardy during the anarchy of early Hollywood.

What The Reviewers Say
Rave Bill Kelly,
Booklist
Connolly’s love is evident in his impressive amount of research on and deep knowledge of his subject. The golden age of Hollywood is vividly and authentically drawn, with asides about the gossip, bed-hopping, drug use, untimely deaths, and subsequent obituaries that began with the phrase, 'Formally in Pictures.' This dazzling and altogether wonderful book sets a new standard for the biographical historical novel.
Read Full Review >>
Positive Nick Rennison,
The Times (UK)
Fans of Laurel and Hardy might feel outraged by the portrait of Stan Laurel painted by John Connolly in he. There is little here of the lovable innocence of the star’s screen persona. Instead we are shown a troubled, difficult man who drinks heavily, screws up his relationships with women and broods about the unmatchable genius of Charlie Chaplin, whose understudy he had once been ... Connolly uses some stylistic eccentricities in telling his tale. Laurel is never referred to by name, only as 'he,' but every other man in the book has his name written out in full. Initially disconcerting, the usage soon comes to seem no more than a further reflection of the originality of this fine novel.
Read Full Review >>
Mixed Jason Zinoman,
The New York Times Book Review
Written in spare, fractured prose from the perspective of a narrator who seems to be reporting from inside Laurel’s mind, this odd and ambitious book is so dense with show-business detail that it may alienate nonfans. Even Laurel and Hardy lovers may be put off by its somber, experimental mood ... Connolly’s staccato prose leans on short sentences and chapters (there are 203) that at their best evoke the style of Samuel Beckett, an admirer of Laurel and Hardy. The novel nicely brings Laurel down to earth ... one closes this book still unsure about who Stan Laurel really was, though this may be part of the point. Trav S.D., who wrote the excellent history Chain of Fools, once described Laurel on screen as 'completely vacant, like a beast of burden, like a black hole.' Connolly takes us behind the scenes but the view isn’t much different. Laurel remains a cipher, a comic type, a star without a name.
Read Full Review >>
See All Reviews >>
SIMILAR BOOKS
Coming Soon

A Trail of Crab Tracks
Patrice Nganang
Positive
What did you think of He?
© LitHub | Privacy