He Held Radical Light: The Art of Faith, the Faith of Art 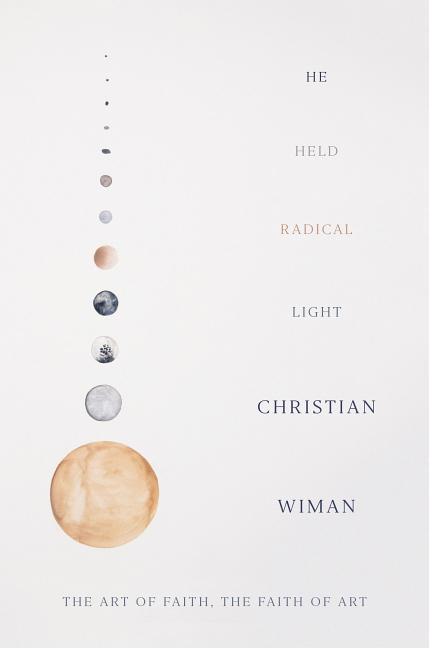 From the former editor of Poetry magazine, a meditation on poetry, spirituality, and artistic yearning, drawing on his encounters with some of the last century's most beloved poets.

What The Reviewers Say
Rave Casey N. Cep,
The New York Times Book Review
The poems Wiman has chosen are almost all gorgeous, and he explicates them gorgeously. He doesn’t bother with the obligatory details of biography; we learn about the poets evocatively, from whatever odd angle they crossed his path ... His strengths aren’t as a theologian but as a critic, and he is expert at identifying the exact image or lines where a poet has wrestled eternity onto the page. It’s hard to sustain a series of 'moments' like that for very long, but Wiman’s gratitude for them, and humility before them, makes this brief book strangely powerful ... the real joy is how beautifully it melds intellectual labor with humane fellowship, refusing to forget the flesh that made the words. Even the most transcendent art arrives via the transient vessels known as artists, and Wiman knows how to bring both to life on the page.
Read Full Review >>
Rave Elizabeth Lund,
The Washington Post
These taut, absorbing pieces weave together memories and close readings of work that has haunted or challenged him. Wiman...asks crucial questions, such as: Is artistic hunger a longing for God? Can writing be personally redemptive? What does it mean to be a believer? Wiman, who was diagnosed with a rare blood cancer several years ago, wrestles with his own mortality and ambitions as he searches for truth through literature.
Read Full Review >>
Positive Lidija Haas,
Harpers
While continuing the discussion of existential and religious questions he addressed in earlier books, such as My Bright Abyss, in this latest work Wiman considers some of the central problems of a life dedicated to poetry—how the work must reach out toward something beyond it, and how one must nonetheless take the work seriously as an end in itself in order to produce any writing worth a damn ... If writers are striving for something beyond what they’re literally working on, Wiman wonders what that something could be—God? Death? There’s another possibility, the yearning for a more concrete ethical engagement with other people...and it is, intriguingly, one he barely considers. The spiritually inflected reaching-outward he recommends—love for poet friends, his wife, his daughters, to whom his study door is nowadays 'always open;' the work of the oncologist who treated his cancer—never exceeds the bounds of private life.
Read Full Review >>
See All Reviews >>
What did you think of He Held Radical Light: The Art of Faith, the Faith of Art?
© LitHub | Privacy